11 Of The Best Celebrations Around The World
0 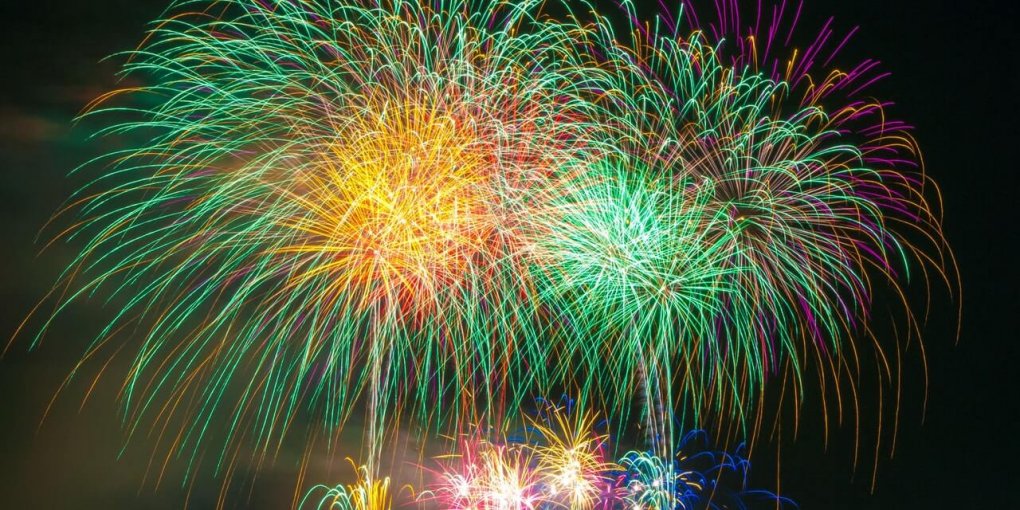 To feel the real importance and joy of celebrations around the world, most travelers have often traversed the world to get to the heart of major celebrations. The right location and the right time is the best strategy to truly achieve the celebratory feeling of thousands uniting to celebrate a common event. 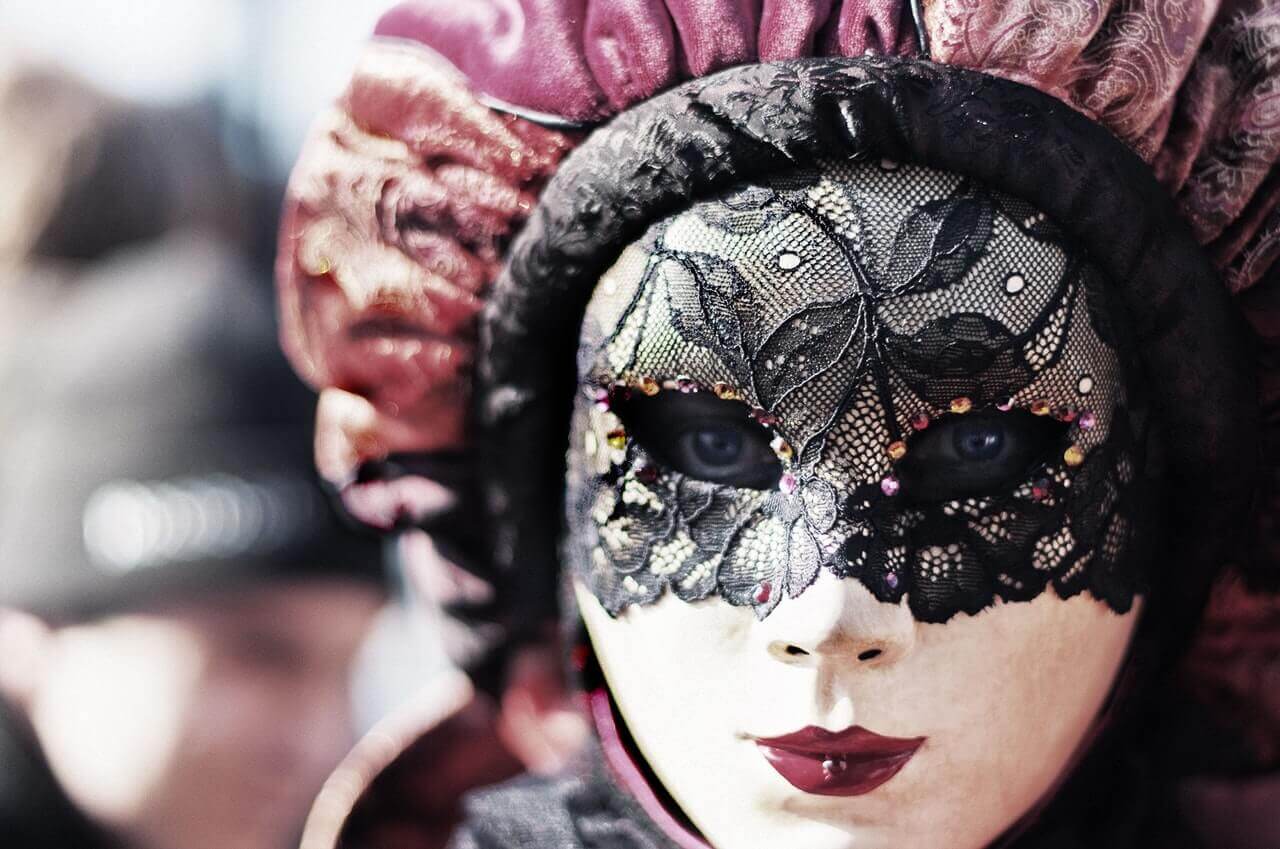 This wonderful and colorful festival started in 1162 famous for its detailed and elaborate masks. It is usually held annually just a day before the Christian celebration lent starts which mark the forty days before Easter. It attracts thousands of participants and theater troupes across the world.

The festival takes place in the heart of Italy attracting thousands of participants. It marks the end of Lent on Ash Wednesday, a Christian period that is observed by many.

People wear masks in the celebration to avoid any associated guilt after the event. The event also has entertainers and jugglers lined in the streets making it a very captivating scene. The boats on the water are also colored and decorated to fit well into the event.

This event basically reflects cultures of Italy but it’s widely attended by various nationalities. This carnival was depicted in the video games Assassins Creed II and Sly 3: Honor Among Thieves. 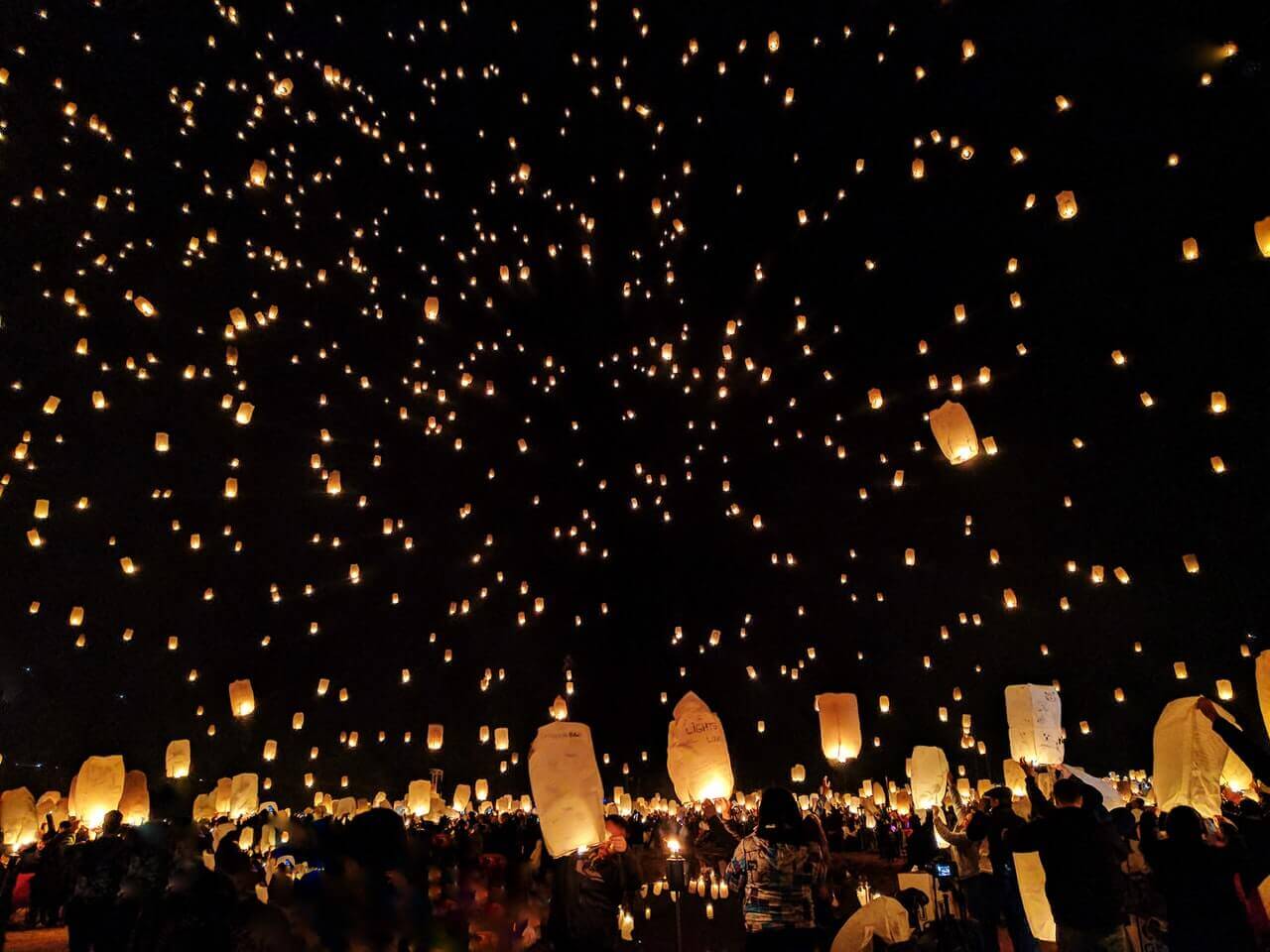 This festival of lights is best celebrated in Northern Thailand. It is a festival to show respect to Buddha. It is characterized by different parades, fireworks display and also colorful lanterns.

The Yi Peng festival is held in the second month of the Lanna calendar during the fool moon. It is one of the festivals that reflect the culture and religion of the people of Thailand. The event brings together a display of breathtaking colorful lanterns hung on temples and houses. During the event, thousands of sky lanterns are released with intent to eliminate bad luck and misfortunes in one’s life.

This event brings together one of the best festivals that we can ever attend. It attracts thousands of tourists and pilgrims across the globe. The sight of the thousands of lamps floating is definitely a hypnotizing effect that cannot be felt in a much better way. 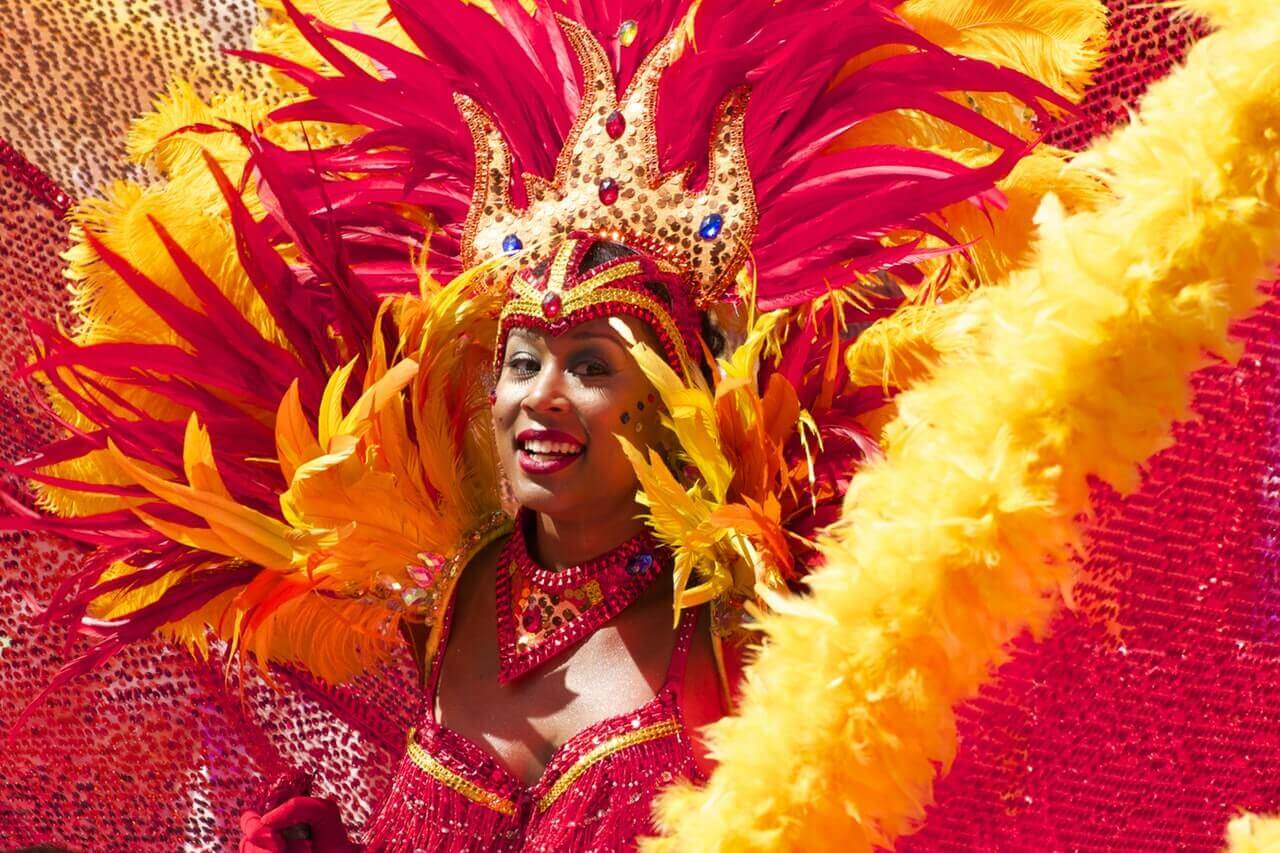 The most popular place to celebrate the Brazil’s annual Carnival is Rio de Janeiro. The celebration covers the city in wild dancing and drinking. The festival has been held since 1723 and is one of the world’s largest carnivals. It is held between February and March before Lent. This large event is known to host more than a million people.

It is popularized by fancy costumes and choreographed dances that represent various schools of samba. This event is probably the wildest party on earth. It mostly covers 5 days running straight from Friday to Tuesday. This is the best place to wear your G-string as you breathtakingly ram to the gills with all kind of party lovers. This party has a breathtaking Masquerade Ball.

The best part of this event is marked by a heartwarming contest between the Samba Schools. The streets are also live with dancers and fun lovers from all corners of the globe. Brazil, well known for beautiful women is best displayed on this festival. For youngsters and college students across the globe, this event is definitely sex and samba on a 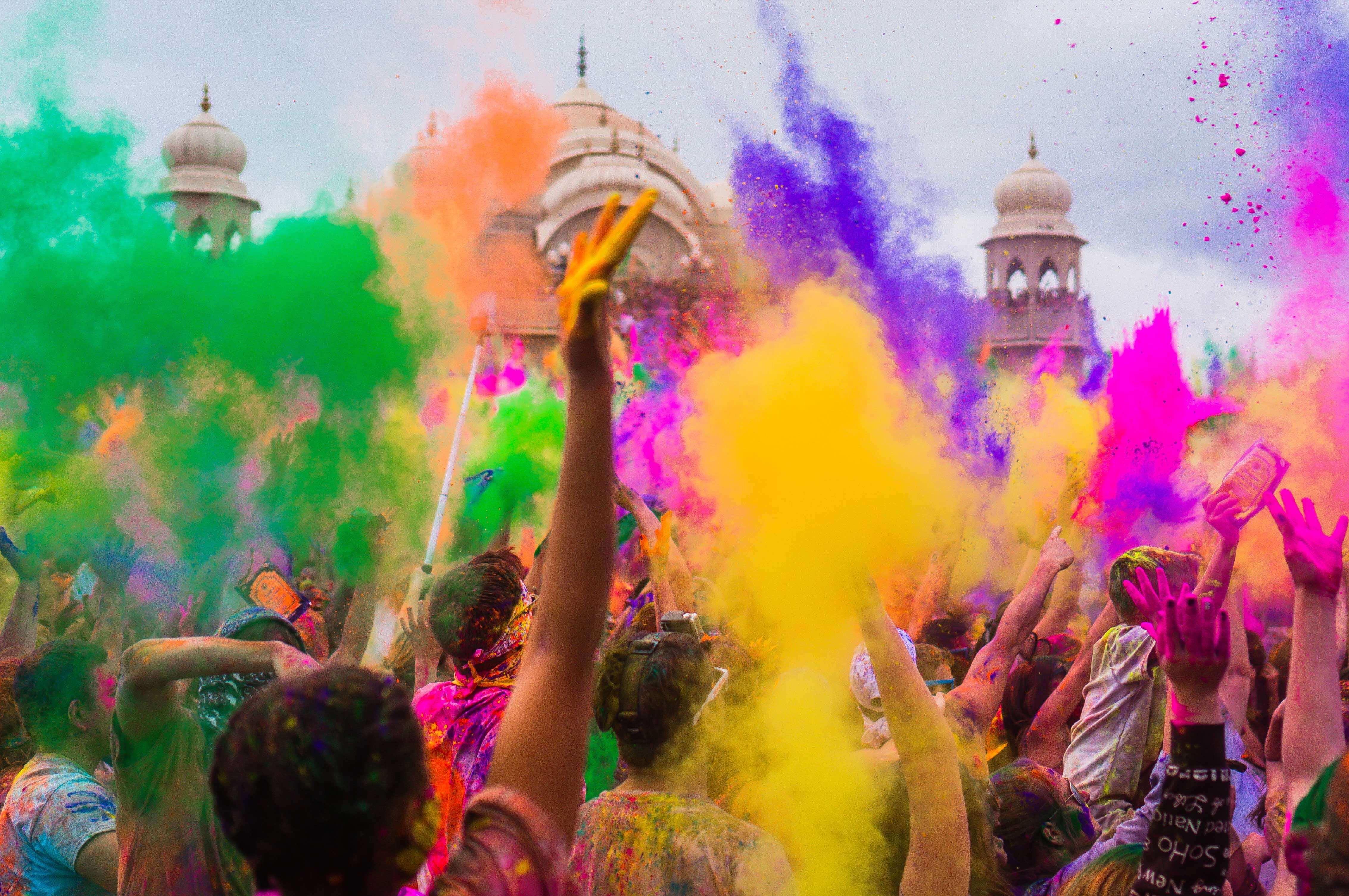 The Holi festival of colors, also the festival of love is a Hindu religious festival held in March every year. It is also celebrated in other countries with large Hindu populations.

This great festival begins the day before Holi with bonfires. Songs and dances are performed making the festival jovial to attend. On the Holi day, laughing and dancing crowds celebrate by throwing colored powder to crowds as a sign of goodwill.

The festival goers also perform funny stunts as they chase, dance and party. Colored waters are also used to participate in this colorful event. There are also groups of entertainers who move from place to place in a show of song and dance. In northern India where it is best to celebrate the festival, traditions allow consumption of cannabis during the celebration as a feel good activity.

The festival is a fivefold celebration. It marks the beginning of spring, a new year in the Hindu calendar, renewal of old relationships, love and the triumph of good over evil. On the day after the celebrations, sweets and presents are greatly exchanged and hatchets are buried. Friendship is revived and grudges are 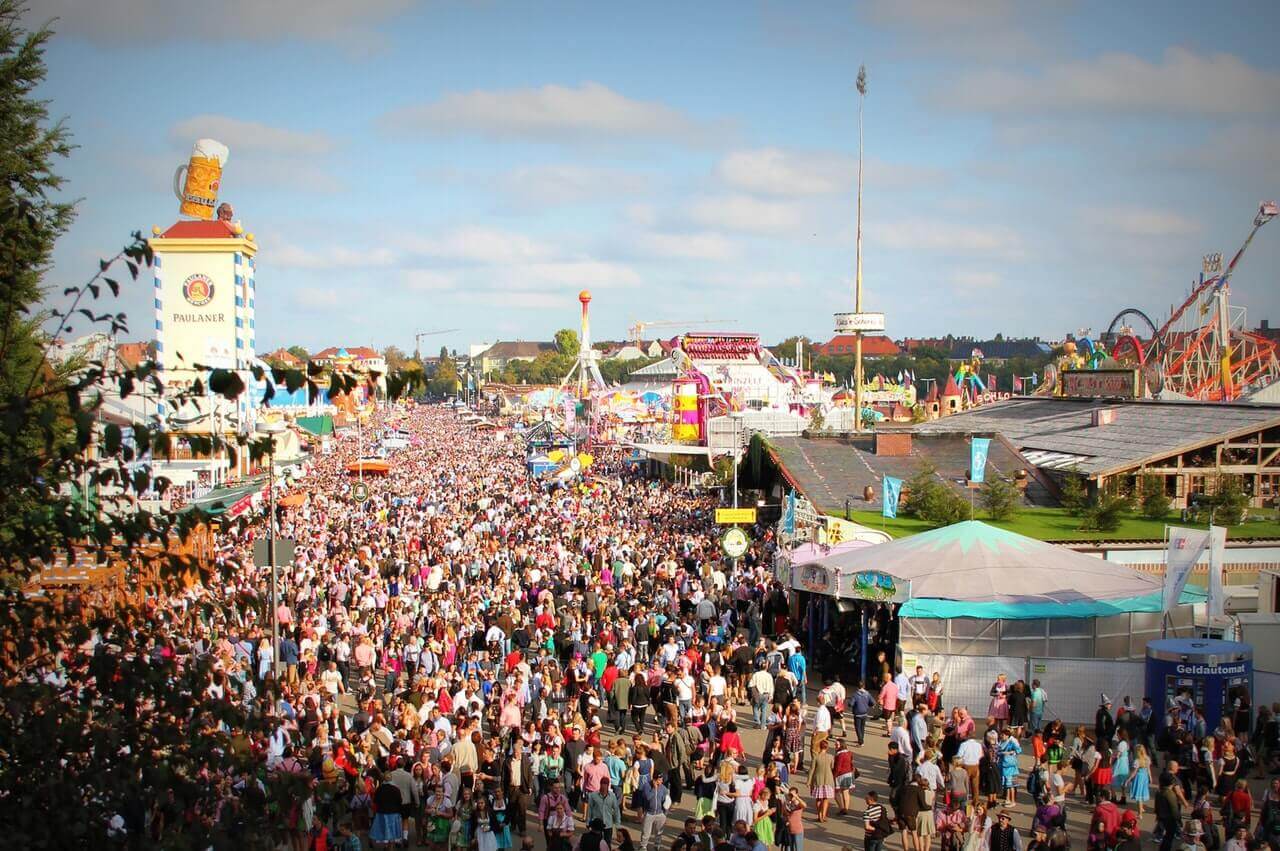 Oktoberfest is a 16-day folk festival in Germany that comes between September and October. This is basically a day for drinking and partying. There’s always a reserve of more than 7.7 million liters of beer on disposal for the estimated 6 million people who attend.

This ceremony opens at around 11 am when the Lord Mayor of Munich taps the first keg of Oktoberfest beer. The crowds are mostly served by waitresses dressed in Bavarian costumes. Every year, spectators expectantly wait to count the strokes the mayor needs to use before the beer flows, the lowest record performance is two strokes with highest being 19 strokes. The Raucous songs will often be felt from crowds around; there is also plenty of oomph music offered to make the day count.

The Octoberfest festival is a great event that is attended by many people. Both locals and visitors share the beer in a jovial mood that is quite exciting. A variety of traditional cuisines like Schweinebraten, Hendl (roast chicken) and Wurstl are served to make the event very memorable.

There are also other attractions that are displayed for visitors; such as amusement rides, games, and side stalls. 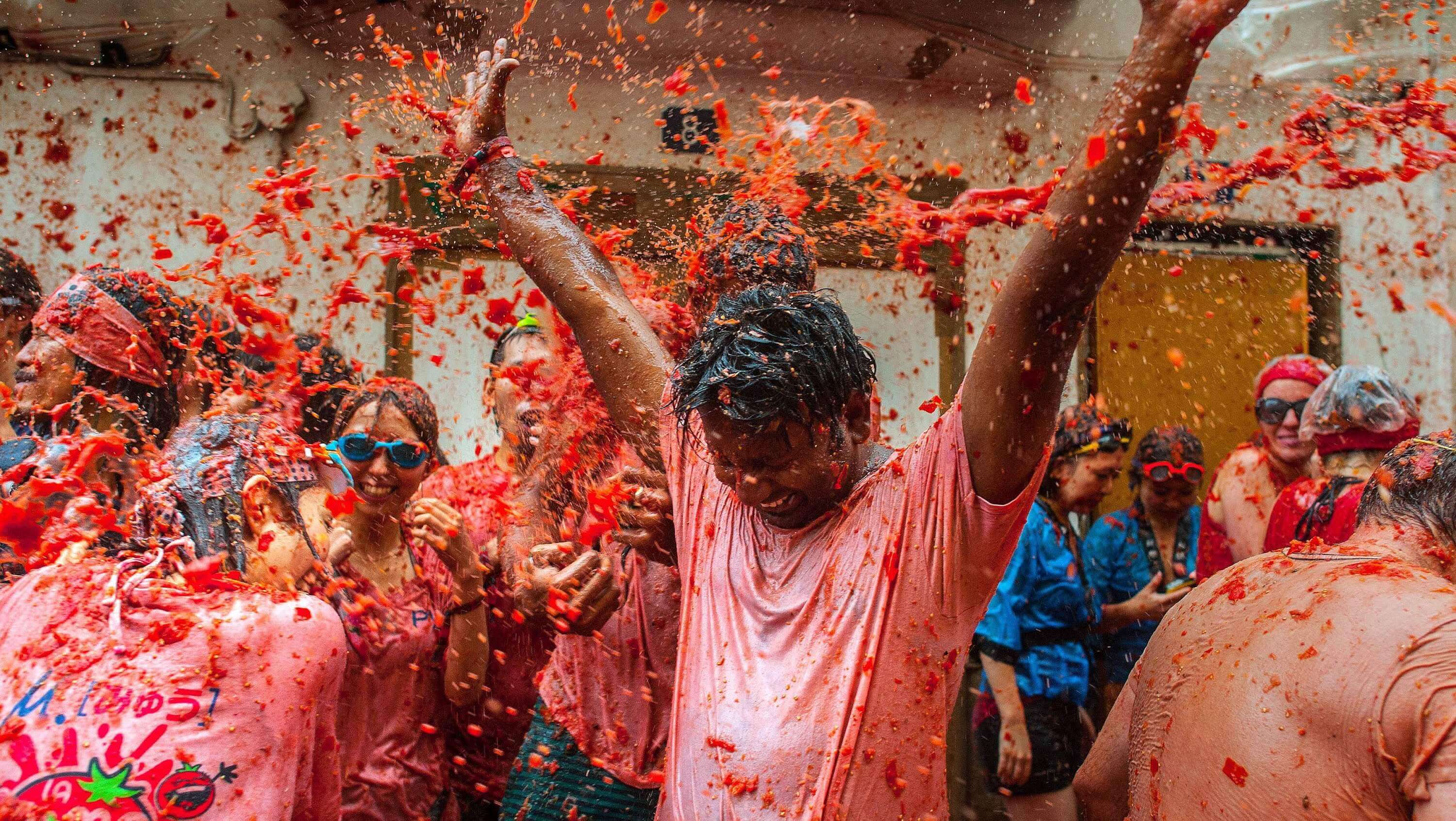 This is the largest food fight on the planet; it takes place in Bunol, Spain. The event comprises of joyful tomato fights that are exciting. The event is celebrated annually and it usually held on the last Wednesday of August.

The La Tomatina is known to provide unlimited fun to people of all genders. Drunken participants are often seen diving and performing funny acts with tomatoes. The city streets become entirely covered with tomato and tomato paste. Participants across the world show here with their waterproof cameras and favorite bottle of wine. The long play with tomatoes is followed by enormous water showers that are also fun.

This festival is a large tourist attraction that brings people from different walks together. In order to attend this event, participants will normally have to book early due to the limited tickets. It is estimated that the festival uses an average of 140 tons of tomatoes. 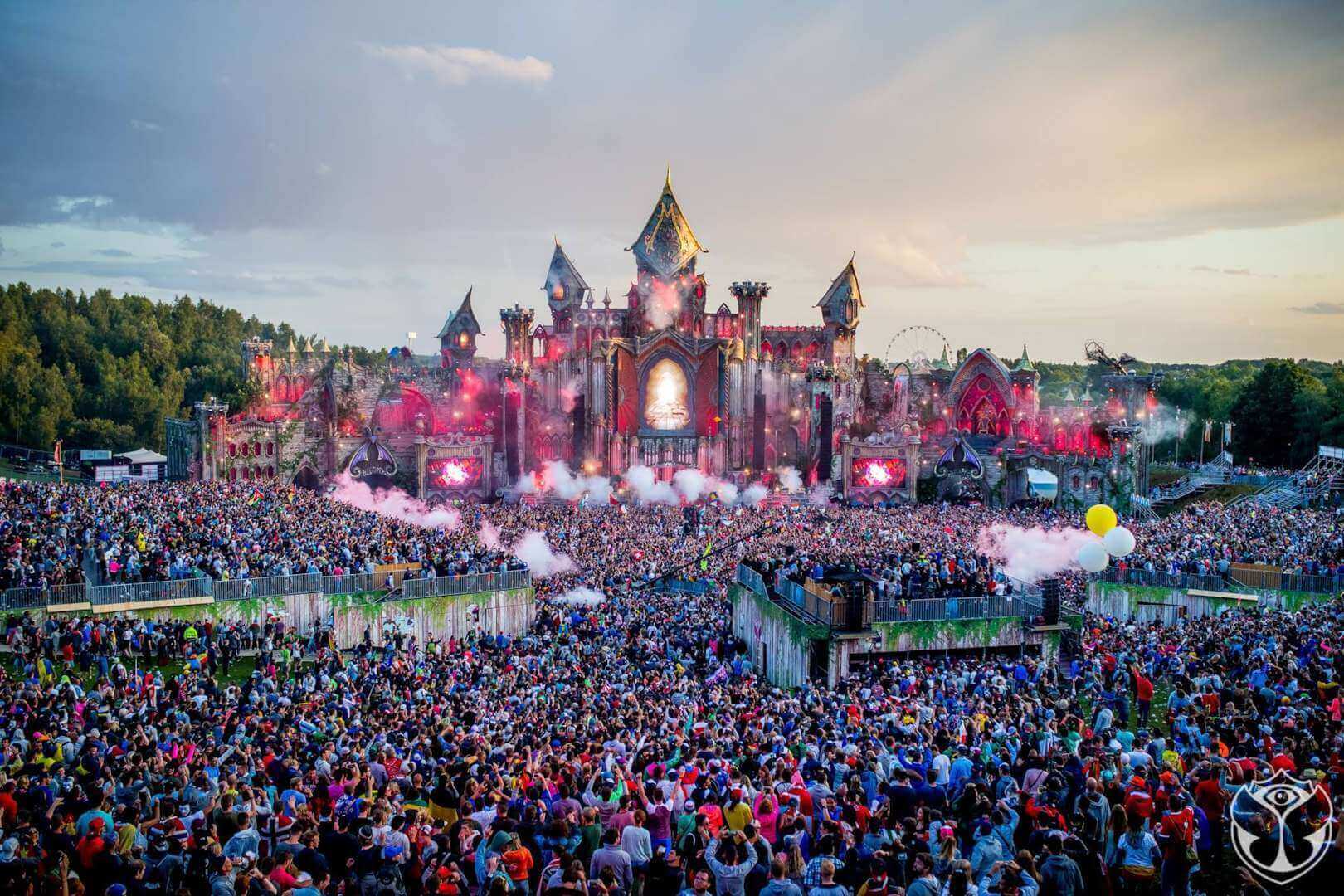 This is one of the largest festivals electronic music festivals in the world that is becoming more and more popular. The tomorrow land was first held in 2005 in Boom, Belgium. It is held on June with the world’s largest electronic dance music festival. (EDM) This festival is estimated to have more than a hundred thousand visitors who party for 3 days.

Getting the tickets to this event has become very tricky because they are usually sold out within minutes of availability. This may be the fact why it is the best-kept secret of party goers. The 2017 tomorrow land celebrations will consist of two weekends the first one being from 21-23 July 2017 and the second 28-30 July 2017. With over 400world famous DJs and other significant artists expected to perform this is the best place to be.

As a result of the success of Tomorrowland, an American spinoff of Tomorrowland was created by IDT&T and Belgium entertainment in 2013. This festival was dubbed tomorrow world and is fast becoming a renowned force. This music festival is held in Bouckaret Farm in Georgia a location chosen because of its size and the resemblance to the original location in Belgium. 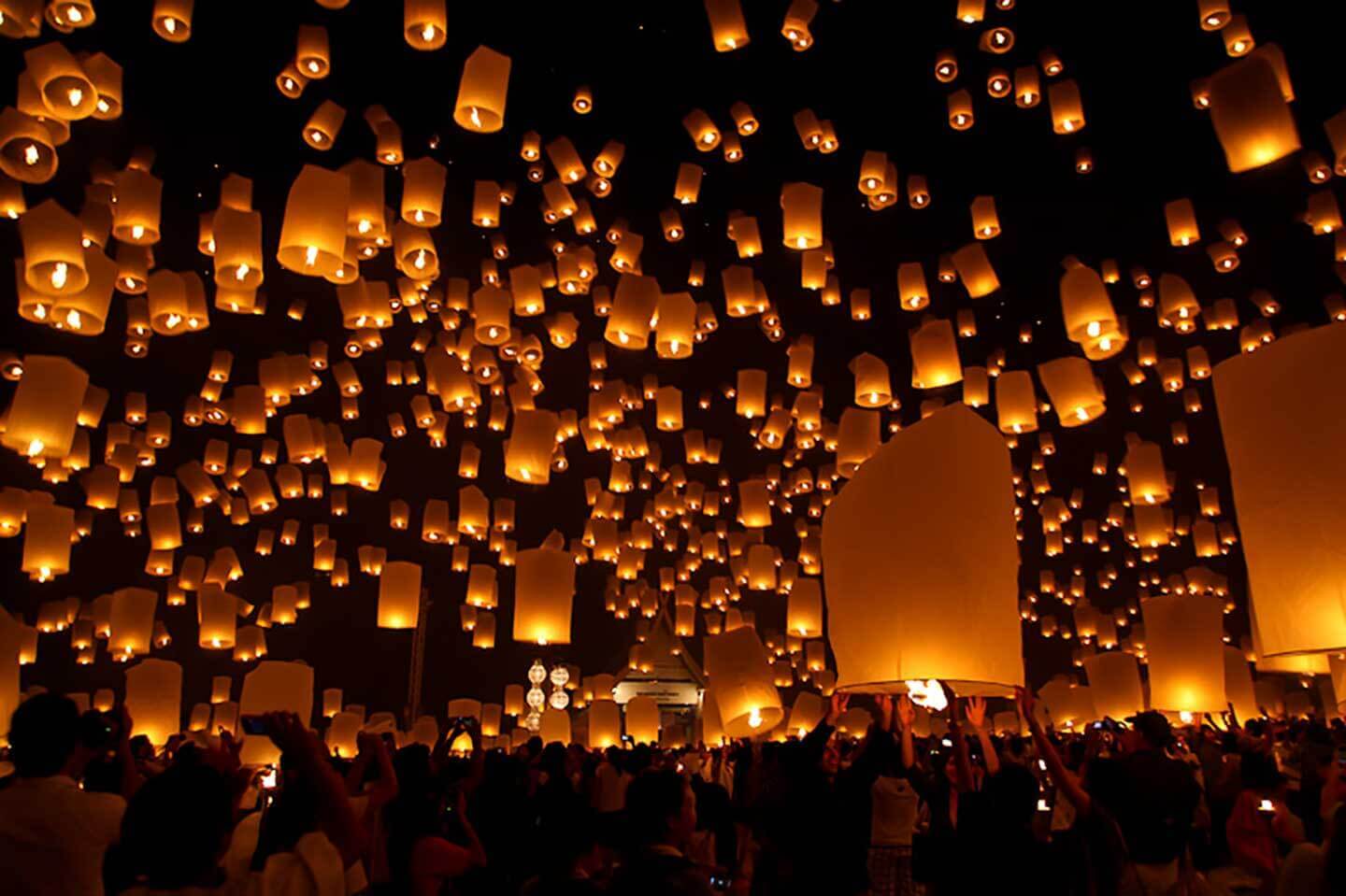 The Taiwan Lantern festival is among the top 5 best lantern festivals in Asia. The festival is held on the 1st full moon night of the lunar year. The event is marked by displaying glittering decorative lanterns that are adorned with wishes of the owners before being released simultaneously.

This impressive festival is partly sponsored by the Tourism Bureau of Taiwan and it is held in the Pingxi District. The festival includes lots of activities that are quite captivating. This festival was historically celebrated by having a firework display described as a beehive of fireworks as a way to ward off evil and disease from the town.

Before 2001, the celebrations were held in Chiang Kai-shek Memorial Park in the town of Taipei but since then, the memorable event has toured Taiwan. This has been labeled as one of the best festivals in the world by American Discovery Channel in the program ‘Fantastic Festivals of the World. 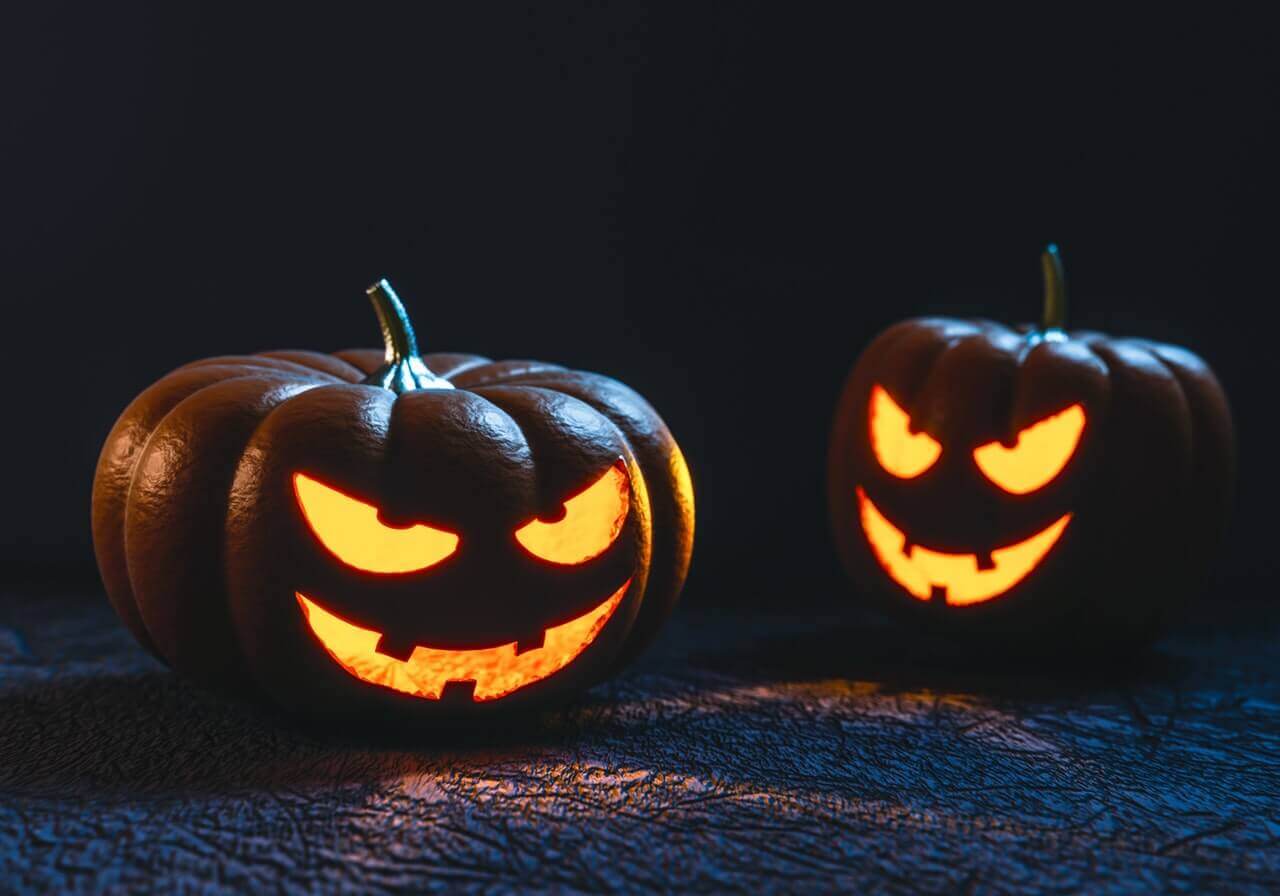 This festival is observed on 31st October. It’s a time in the Liturgical year that is dedicated to remembering the dead including saints and martyrs. It is best celebrated in the USA than in other countries.

Participants dress up in scary costumes to attend the various parties across the country. Pumpkins are carved into some kind of lanterns to celebrate this great event. The event is known to be very colorful and also scary. The Halloween activities also include trick-or-treating, making jack-o-lanterns from carved pumpkins, watching horror films and visiting haunted attractions.

The Halloween parade held in New York is the largest parade of Halloween in the world held at night. The parade began in the year 1974 and today it attracts more than 60,000 participants and more than 2 million spectators dressed in all manner of costumes. This is the best time to take a skeleton out of the closet. It is also a time to party and drink as you perform crazy acts in your attire. The parade is filmed and has over 100 million viewers 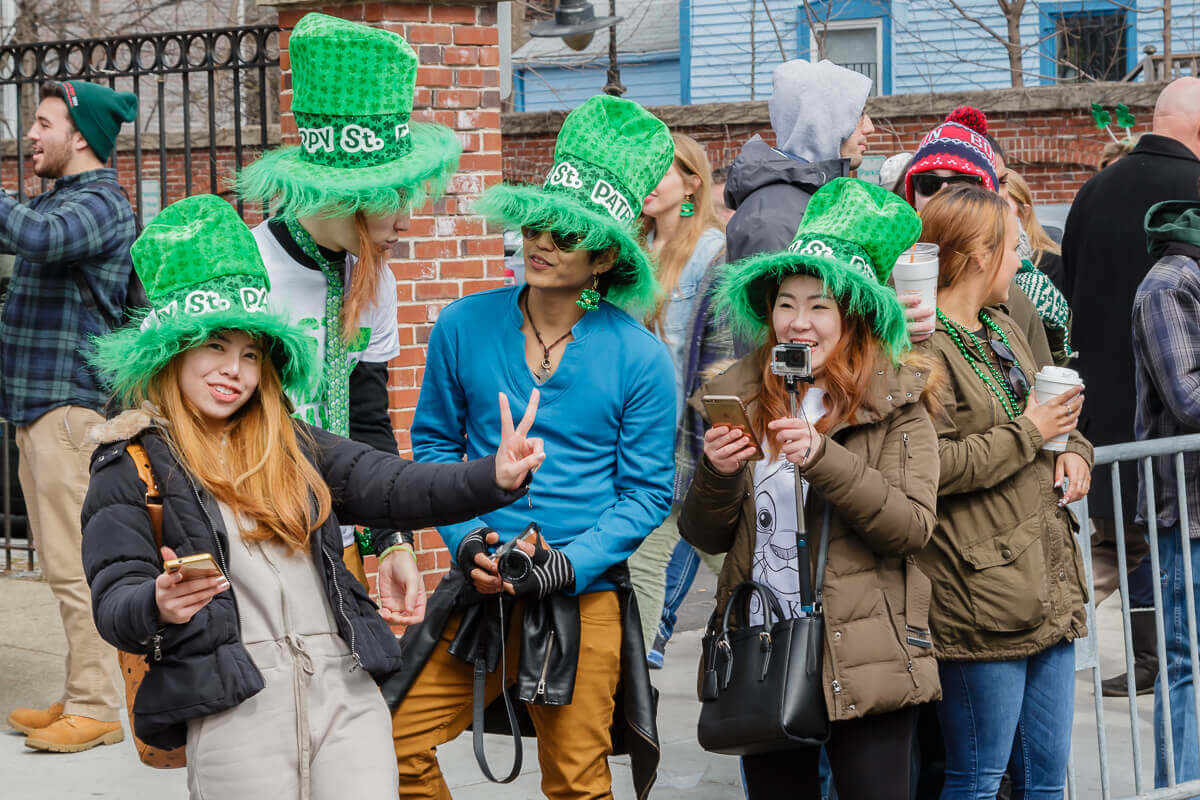 This festival hosts the largest St. Patrick’s parade in the world. It is held on March to honor the patron saint of Ireland. It is known to host more people than its country of origin, Ireland. This festival also marks the arrival of Christianity in Ireland.

It is attended by politicians, high school bands and also several groups of bagpipers. This day is mostly recognized as a national holiday in some countries. The parade starts at mid-morning from 44th street and also 5th avenue.

Some people of this great community go as far as dying the streams and rivers green. Irish communities are always filled on the streets with some Americans becoming more Irish. This is an emotional celebration that will definitely give anyone a reason to drink.

Most hotels are booked up early before the day and so it’s necessary to make plans early. The best dress code for this day is to dress in the colors of the Irish flag. This event brings people together like no other. 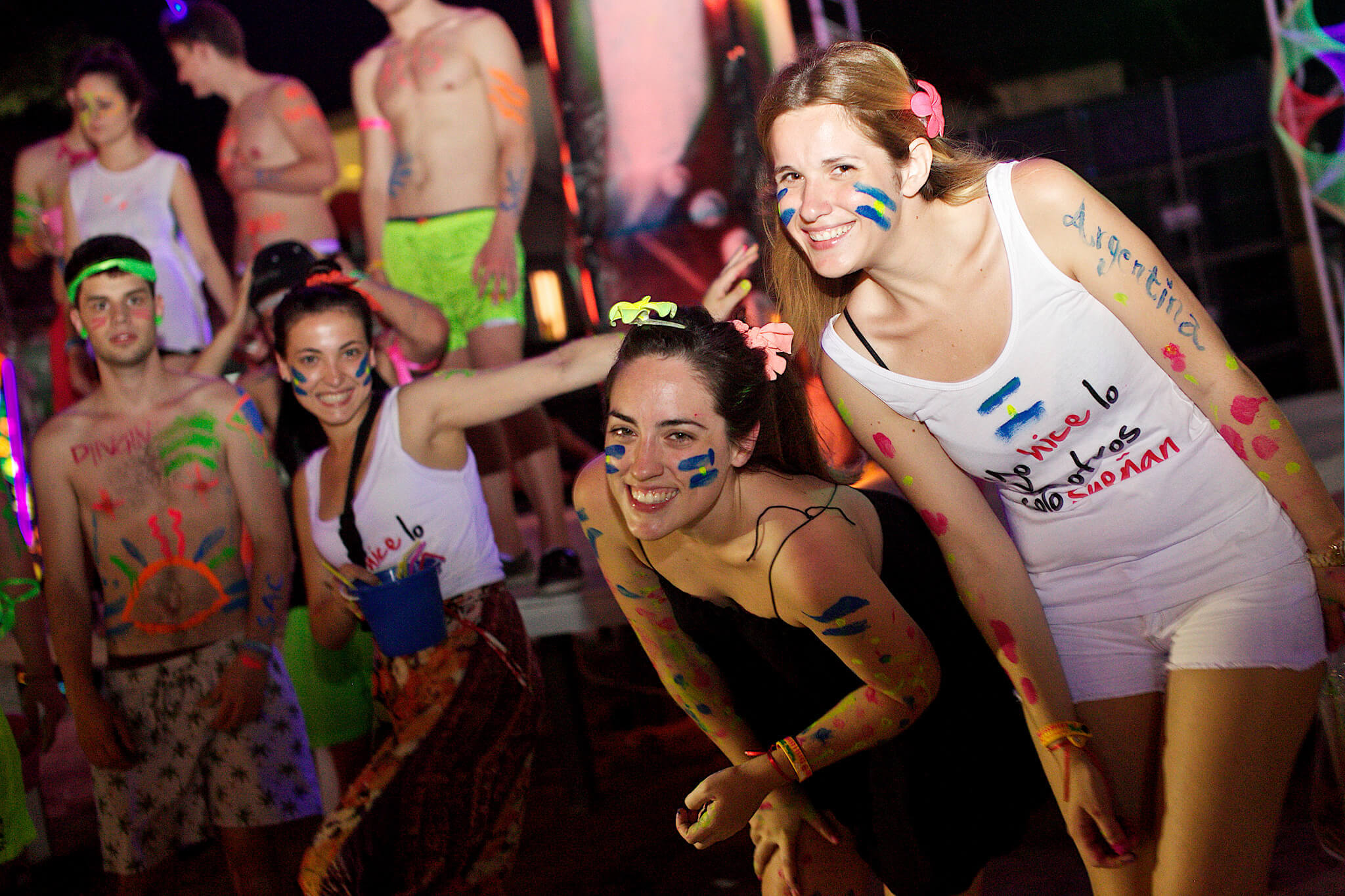 This party begins at dusk during a full moon. The festival is unique and is attended by over 10,000 people across the globe. The event does not have an entrance fee although; tourists are encouraged to book accommodation early enough due to the high attendance.

The festival caters for every kind of music under the moon light. Jugglers, circus teams and fire-eaters entertain the crowds along the beach. Traders in the event also provide a variety of good snacks and drinks at a reasonable price.

There is also an exquisite fireworks display that is also loved by most participants. The transient crowd is entertained by some of the most experienced DJ’s. The concentration of beach clubs at the coastal line is definitely captivating. It is one of the best free parties to attend on a tropical beach.