12 Of The Most Magnificent Temples In The World
0 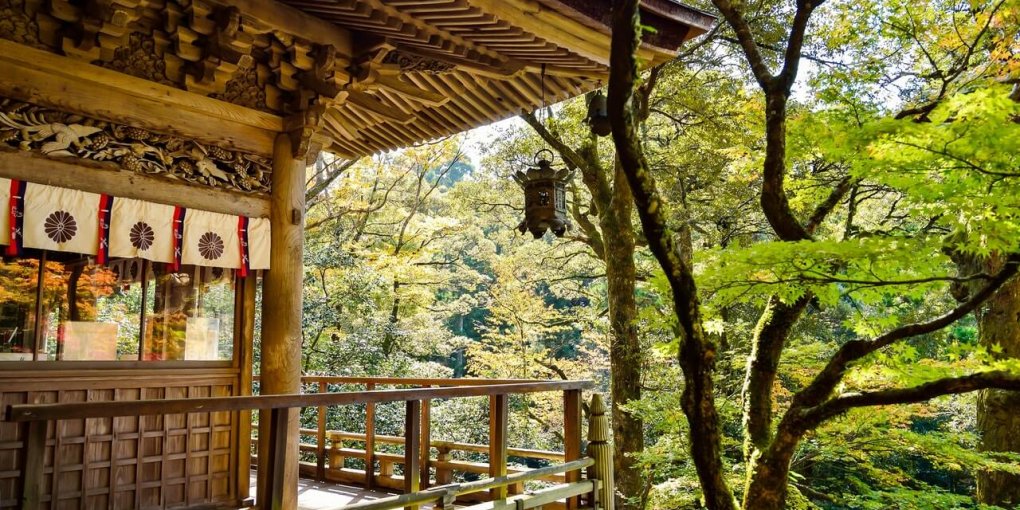 Religion in the past was taken very seriously unlike in today’s contemporary society. Most of the temples were built as a symbol of love and conviction that the builders had in their faith. This resulted in the highest, biggest and most inspiring structures ever built.

It is estimated that more than a quarter of the world’s population worship in temples, these are majorly those who belong to the Eastern religions. As a result, there are hundreds or even thousands of beautiful temples around the world.

Visiting these awe-inspiring structures enables you to rediscover the past while gaining a new appreciation of the present and forthcoming future. 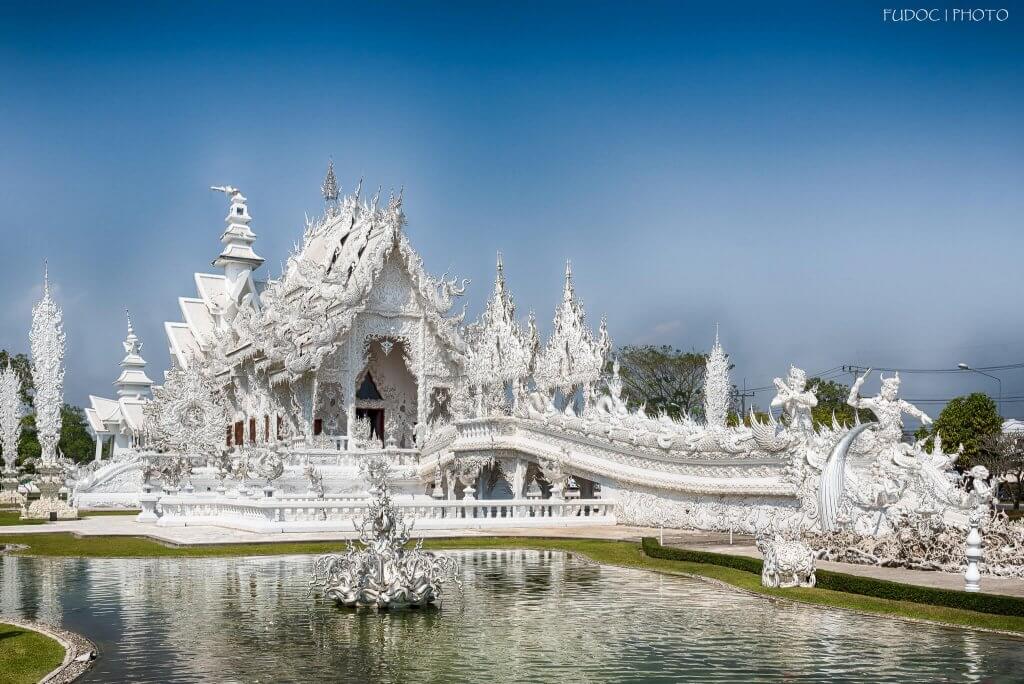 This is a magnificent and contemporary temple that the Buddhists worship in. believe it or not, this temple is not yet finished in construction. This brain child of the famous artist Chalermchai Kositpipat is already stunning drawing thousands of visitors every month. The projected construction finishing year is 2070.

The temple has an all-white theme with highly ornate structures which are gilded in mosaic windows that shine magically. This design is purely a contemporary style and makes this temple stand out in a location filled with other worship places.

When you enter the immaculately kept grounds of the white temple, you will notice ghostly heads that hang in that mysterious temple garden. There is also a wishing well which is surrounded by trees decorated with metal keys. The traffic cones are topped by white skull giving the place a mystery. The famous Thailand golden toilets are also available for all visitors.

When you enter the temple, you will pass statues of sword wielding demons, and hungry hands reaching out from hell towards the inner sanctuary. In the inner sanctuary, you will find superheroes and cartoons dressed in traditional Buddhist clothing. This unique display of the terrifying demons and the foreboding statues symbolize a Buddhist message; conquering the three vices desire, passion and greed to achieve a state of nirvana. Visiting this temple will leave you with an unforgettable experience of modernity, uniqueness, and imagination. 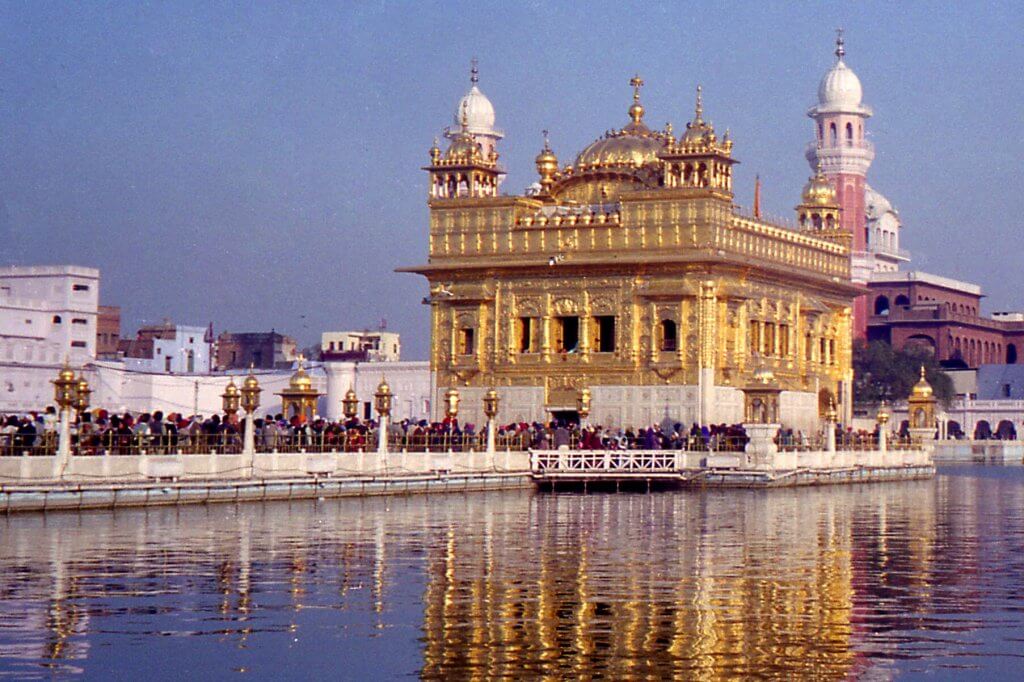 This temple is the holiest temple for Sikhs in India. The name means The Abode of God, the temple is commonly referred to as the golden temple referring to the temple decorations of marble structures which are dressed in gold and completely covered in precious stones. According to the Sikhs, the Golden Temple stands for freedom and the spiritual independence.

The temple has a rich history with its construction which started as early as the 1500s. Construction began when the fourth Guru of Sikhism managed to expand the holy lake today, the lake is known as Amritsar. The golden temple was constructed strategically and is a sight to behold. It floats in the center and surrounded by a huge wall. Visiting this temple, you will enjoy free food and also store your goods for free. The entire place is run by volunteers and entrance is absolutely free. 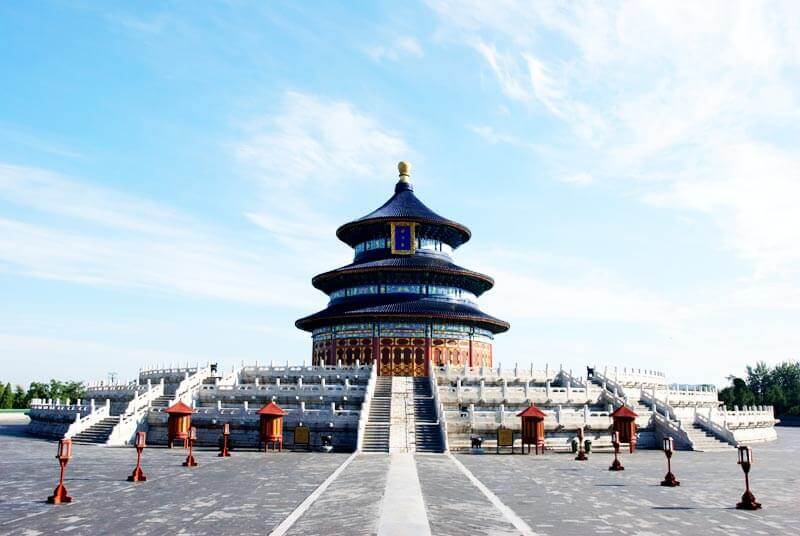 This Temple is a Taoist worship place; it is surrounded by historic pine trees and was founded during the first half of the 15th century. This temple was built by the reigning Emperor of that century for his personal use. This is where he would pray for a good crop harvest and try to atone for his sins and that of his people. 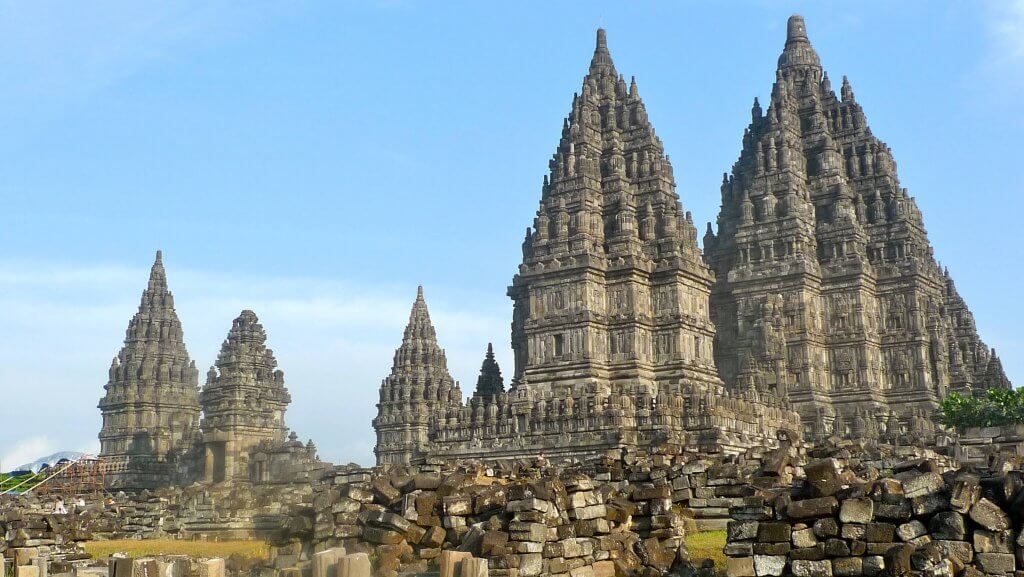 This is a Hindu temple built in the 9th century. It is dedicated to the Trimurti, Brahma, Shiva, and Vishnu. The temple has 8 main shrines and 250 others. The temple walls are covered in beautiful and detailed carvings which tell stories of Vishnu’s incarnations, the adventures of the monkey king Hanuman, Ramayana epic and other famous legends.

The temple compound is the largest in Indonesia and among the biggest in the South East Asia. The vast compound is a protected UNESCO World Heritage Site. The central structure of this amazing temple stands at 154 feet surrounded by other individual temples. 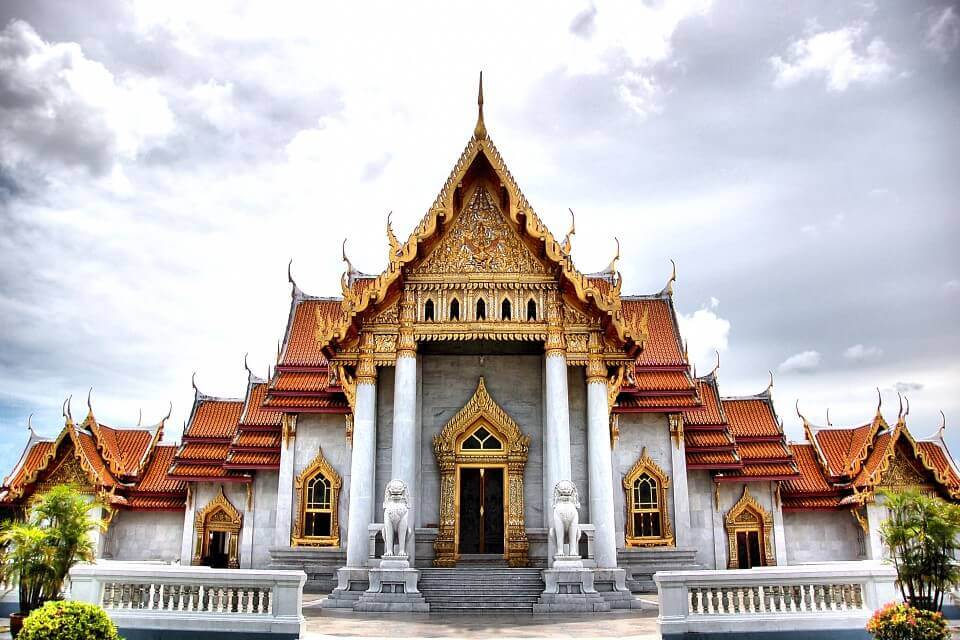 This unique temple was completed in 1899, entirely designed of Italian white marble. It consists of Thai architectural traits that make it beautiful. The temple grounds in Wat Benchamabophit are well designed with small streams passing through. Visitors often buy small fish, turtles, and eels just to release them back in the water, and this is a loving act that motivates people.

The temple is a beautiful example of an architectural style that originated In Bangkok. The temple has multi-tiered tiles and beautiful gold carvings. The white marble with the gold decorated windows gives this temple a one of a kind appearance especially when in full sunlight. On each sign of the main entrance is a large lion statue which guards the temple.

In the temple galleries, you will be able to see the 52 displayed images of Buddha dating from several years back and displayed in interesting styles like Ayutthaya and Dvaravati style. The monks live in their private quarters across the canal. Unlike the normal practice of monks going out to receive food in the streets, in this temple the people from outside bring food and other special offerings to the monks. 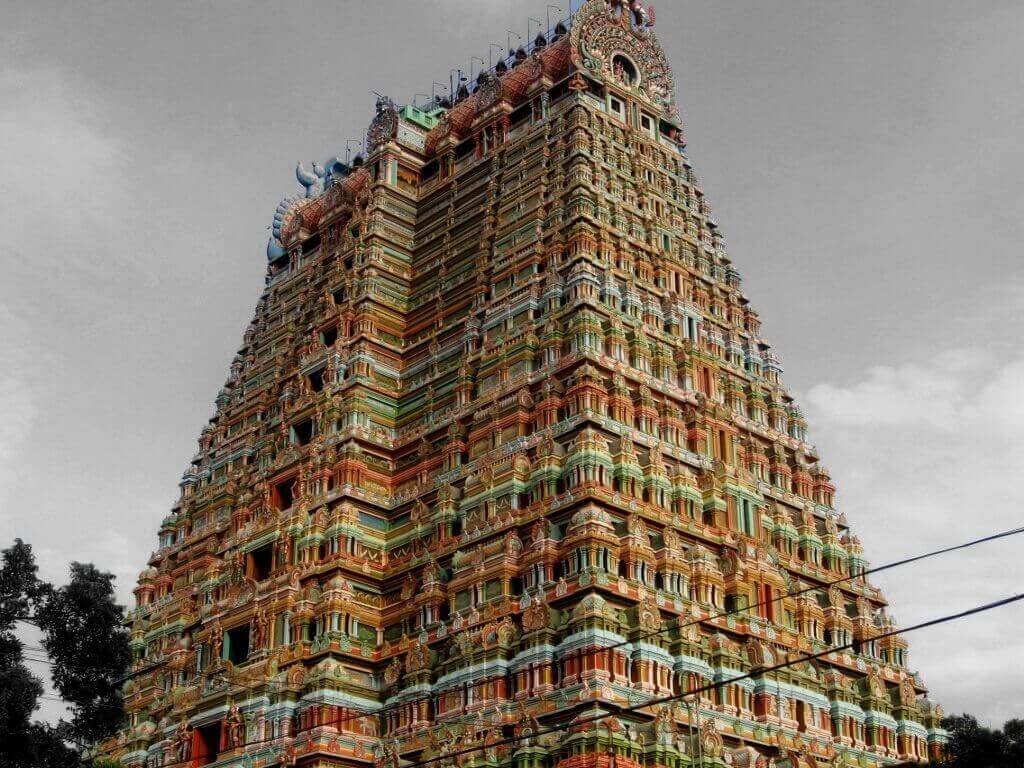 This is the most important temple dedicated to Lord Vishnu. The colorful architecture found in the temples’ building is the best-known example of the Dravidian style.It has a rich history behind it where it is told that many years ago, a sage on a long journey rested and put down the statue of Vishnu who was reclining on a serpent. After his rest, he tried to take up the statue but found it too heavy and hence a temple was built over it. The temple which was small in size grew over the years becoming a massive temple complex.

Today, this massive temple complex covers an area of 150 acres. It has seven walls with the outermost being 4 kilometers long. The walls mark enclosures with each inner enclosure more sacred than the next. The central enclosure is out of bounds to non-Hindus.

What contributes’ largely to the temples amazing beauty are the entrances beneath colorful pyramids. These entrances are known as gopurams and there are 21 in number. The largest gopuram has 15 stories and its height reaches nearly 200 feet. 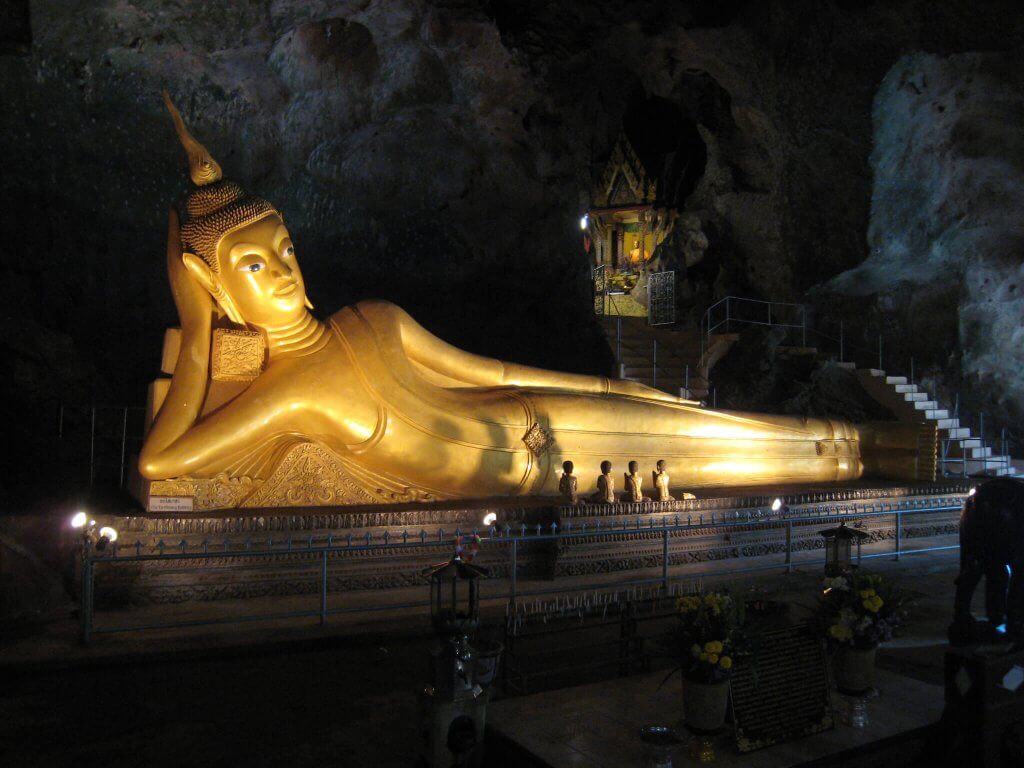 This is a unique cave temple located near Phuket in the southern part of Thailand. It is built on a mountainside that is full of limestone. It is known to be dim-lighted and very atmospheric on the inside. The light in the temple comes from gaps in the cave making it quite unique.

It is also beautiful and lined with numerous statues that hold different religious meanings. Its outer courtyard is home to a family of monkeys that are wonderful to look at and feed. This temple is best accessed from the town of Phuket.

Inside the main cave, there is a large statue of Buddha and big Chedi containing bones of the local governors from 160 years ago. The temple in the cave is definitely amusing and a worthwhile site to visit on any given day. The cave has stairs leading to different other caves that are amusing. The highest cave has an opening leading to a forest that is well groomed and has some benches for relaxing and meditating. 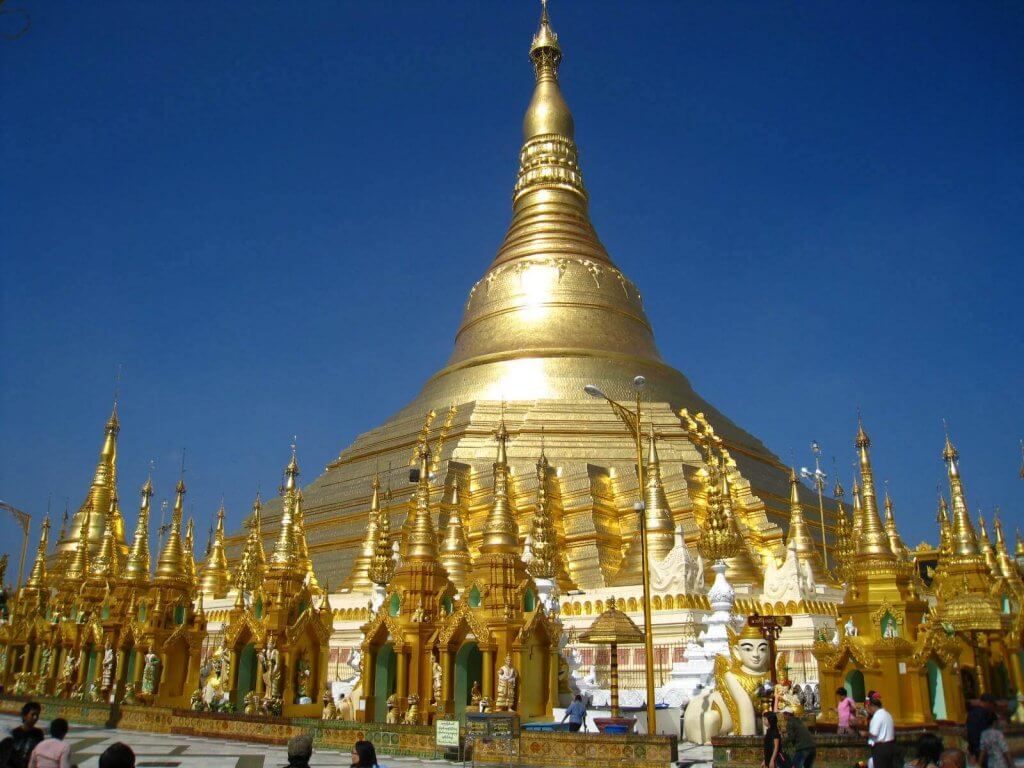 There are no official documentations showing exactly when this temple was built but archaeologists estimate the construction time to be between the 6th and the 10th century. Ancient legends surrounding the temple have it that the temple is currently 2,500 years old.

This temple is also known as the golden pagoda was built to honor Buddha and has come to be the most sacred Buddhist temple. The term golden temple literally means a golden temple covered in gold! This gold was gotten from a tradition where pilgrims save money to buy small gold leaf that are then stuck to the walls of the temple. Perhaps the most significant contribution was in the 15th century where a queen from the Mon dynasty donated gold equal to her weight. On top of this gold, the temple dome is covered with more than 5,000 diamonds, a seventy-six karat diamond on the tip and more than 2,000 rubies.

The temple contains relics of four Buddhas who were there before the present Kalpa. The relics are a staff of Kakusandha, a water filter belonging to Konagamana, a small piece of cloth gotten from the robe of Kassapa and eight strands of hair got from Gautama. 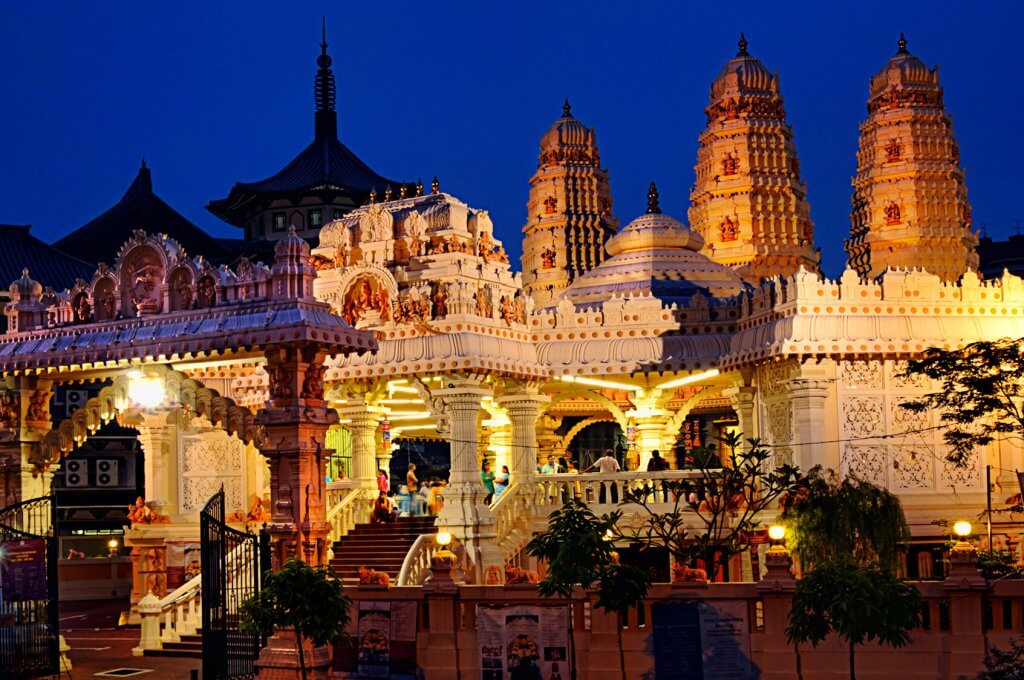 This is a great temple opened in 1850 and it receives many regular tourists and pilgrims. Its present location is Geylang being moved from Potong Pasir where it was initially located. This temple is a Hindu temple and is for the Hindu god Shiva who is the current presiding deity. The temple was moved from Potong Pasir where it was originally located. This was not the only move as it was moved three more times before the present location. 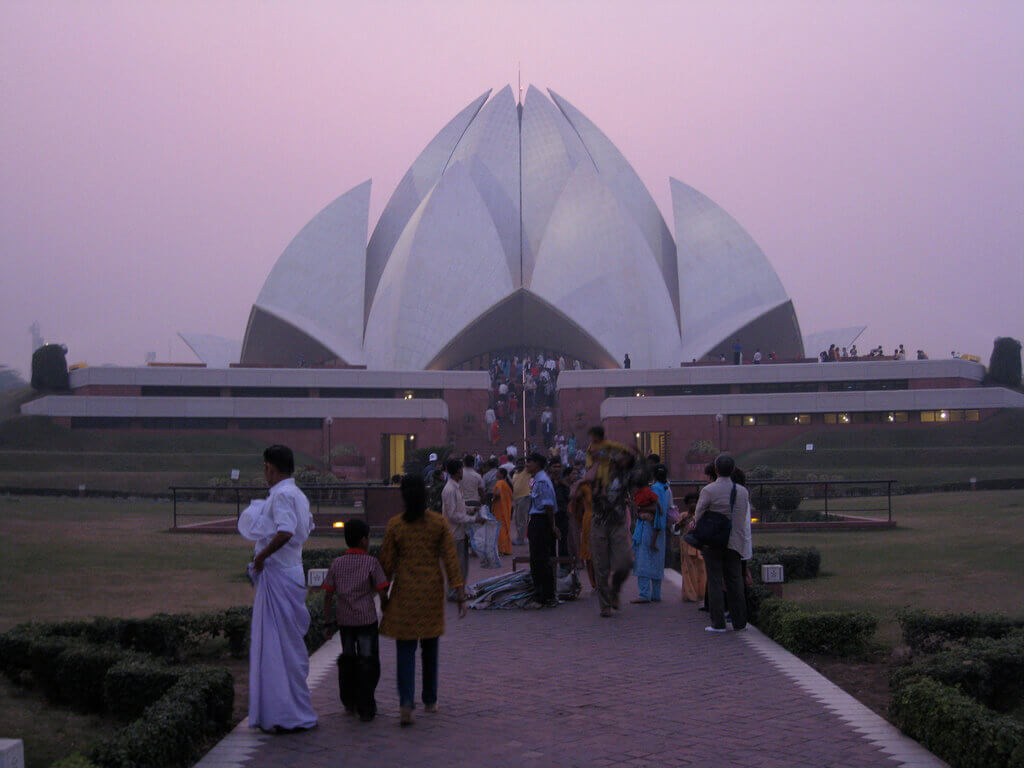 This temple is a complete architectural marvel in India. It is also known as the Bahai temple. The architect of this temple, Mr. Fariboz Sahba received a reward for excellence in religious art and building architecture by Institutional of Structural Engineers which is UK based.

They recognized him for producing a project that emulated the beauty of a flower and was so striking to the beholder in their visual impact. Over the years, the temple and its architect have received a total of seven awards recognizing the beautiful architecture, art and many other aspects of the temple. This temple is a common tourist attraction because of its uniqueness.

This temple comprises of 26 acres complete with beautiful gardens and ponds. It is located in the village of Bahapur near the Nehru place around 500m from the mandir. It also has a greenhouse that is used for the study of indigenous plants and flowers. It was inaugurated to public worship in 1986 and uses solar power partly for its electrical needs. It is an unmistakable attraction due to its flower-like shape and the different sizes of marble used for its construction.

The Lotus temple is a Bahai House of worship that is open to all regardless of religion. 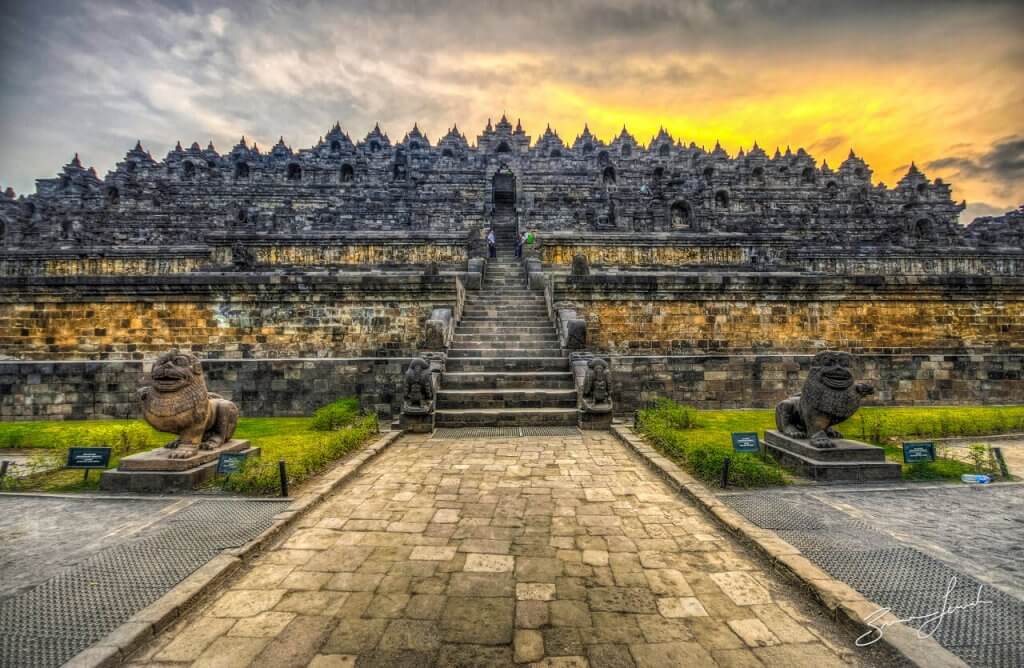 This is a 19th-century temple in Indonesia. It is located in the jungles of Java. It was an ancient complex that most Buddhists believe is a textbook for Buddhism. The temple is Gigantic being built with an average of almost 2 million cubic feet of stone.

This temple is a popular tourist attraction. It has 2,700 relief panels and 504 Buddha statues that are amazing. The temple was abandoned hundreds of years ago although it is still visited regularly. Its bas-reliefs explain the life of Buddha and the principles of his teaching.

This temple is a historical scene and a dynastic monument for the Syailendra who had ruled Java for five centuries until the tenth century. It was laid out in the form of a lotus, the sacred flower of Buddha. It is important because it is the world’s largest Buddhist temple and also a renowned monument that is well respected. 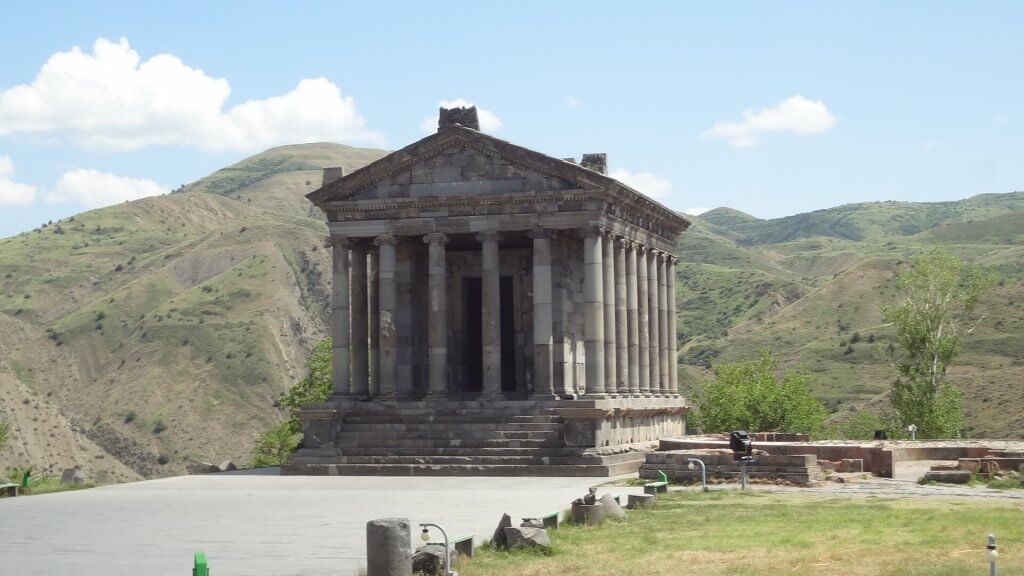 The Garni Temple is a well-connected temple built with Greek architecture. It was declared a UNESCO listed world heritage spot. The temple is located in the countryside and it is accessible from a small village called Garni.

The temple is located in great landscapes that will easily get the attention of anyone. This Temple is a unique temple that survived the Christian revolution in Armenia. It’s a Hellenic Greek Temple which is important in this part of the country in Armenia.

The Temple dates back to the first century and has stunning views around. The temple has souvenir stores around that are ideal for shopping antiques.