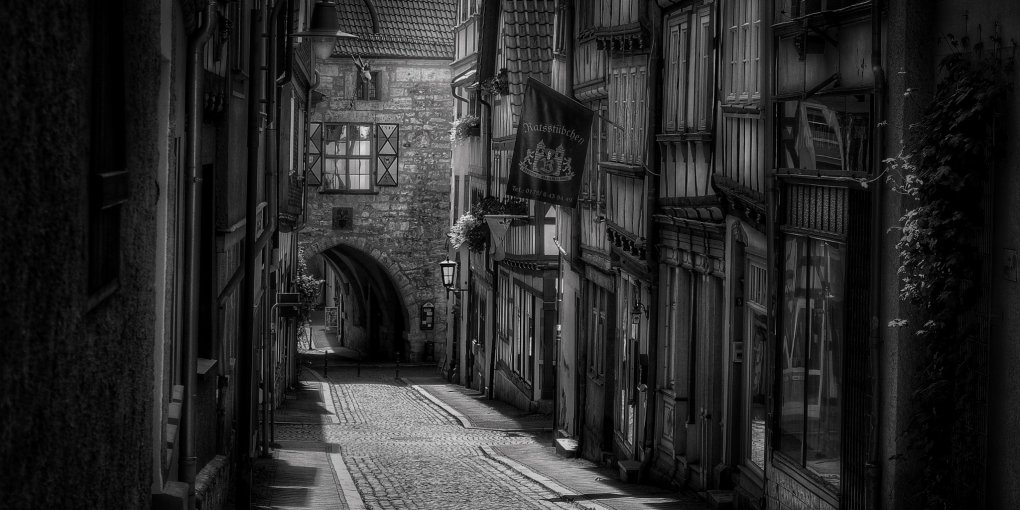 10 Medieval Towns That You Can Visit Now

Travelling is about getting out of your rut, be it a desire to seek adventure or to get away as far as possible from the hustle and bustle of the cities. Nothing soothes your soul and rejuvenates you like visiting some of the most picturesque medieval towns in Europe. The medieval period along with the Renaissance and Age of Discovery were some of the most defining periods in mankind’s history.

The revival of culture that happened during this period has created some of the most remarkable achievements in the field of architecture, art and music. These wonders may be centuries old now, but some of them are preserved in pristine conditions throughout the medieval town of Europe.

In fact, the existence itself of these medieval villages is both a testament and an exhibition to the glory of the medieval period. As you walk through the narrow cobblestone streets and stand on a canal bridge, you might get a feeling that you have traveled back in time.

The scant crowd on the streets of these towns is always a welcome change for the tourists. Not to mention, these places provide a perfect vacation opportunity for the hopeless romantics.

Let’s have a look then at some of the most carefully preserved and charming medieval towns that you can travel to. 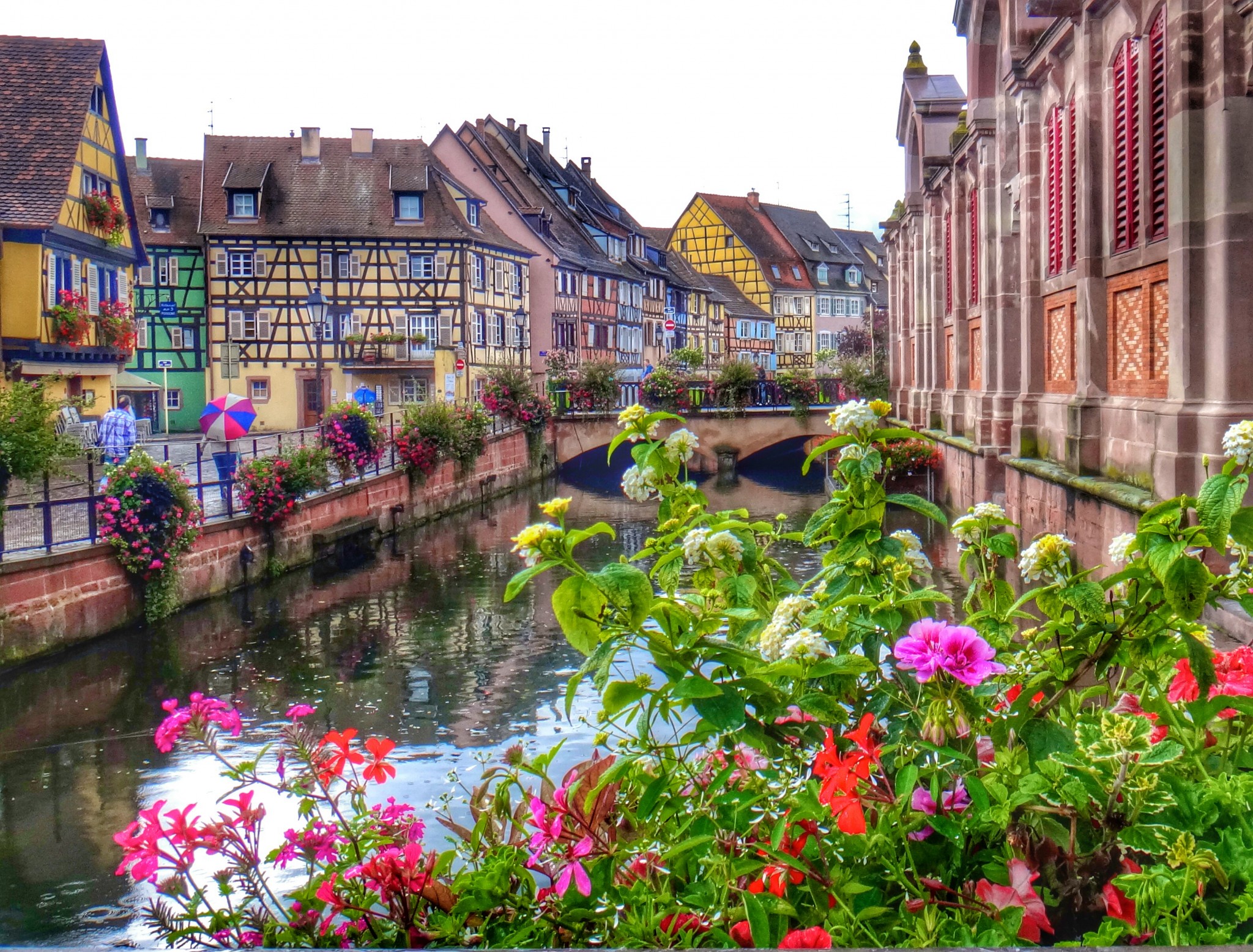 Let’s start with a small town that is straight out of a fairy tale. Colmar in France is a must see town which is filled with artifacts from the Middle Ages. The half-timber houses are colored vividly and located at the edge of canals.

The town also has a tourist attraction called Little Venice, where you can sail the canals on row boats. Fishmonger’s District is also a place to see and the markets during Christmas season are some of the best in Europe.

Oeuvre Notre-Dame art museum is situated right below the cathedral and is definitely not to be missed. Colmar also has a well known wine history and is famous for its variety of white wines such as Riesling, Pinot Gris and Muscat d’Alsace. 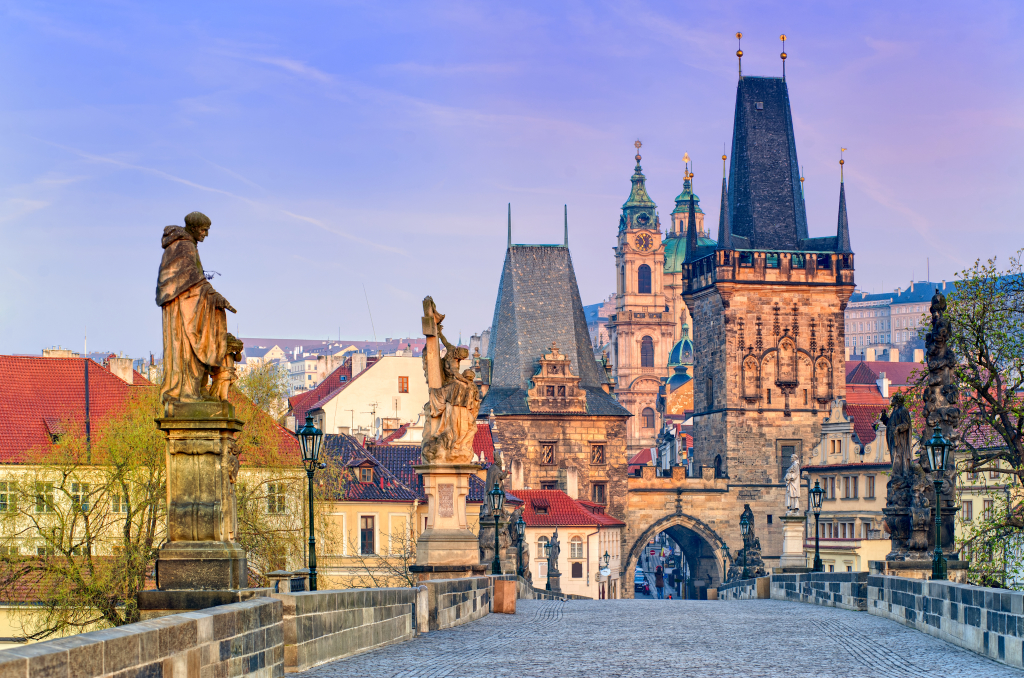 Prague, also known as the “The City of a Hundred Spires” is the capital of Czech Republic and easily one of the most picturesque cities in the world. You will be mesmerized by serene beauty of Vltava river and the colorful baroque architecture.

The city’s history stretches back to over a millennium and thus you will witness truly remarkable medieval memorabilia all around the city. At the heart of the city is the historic Old Town Square, which is the largest public square in all of Europe.

The Gothic churches and the widely popular Astronomical Clock are something to surely visit while you are there. 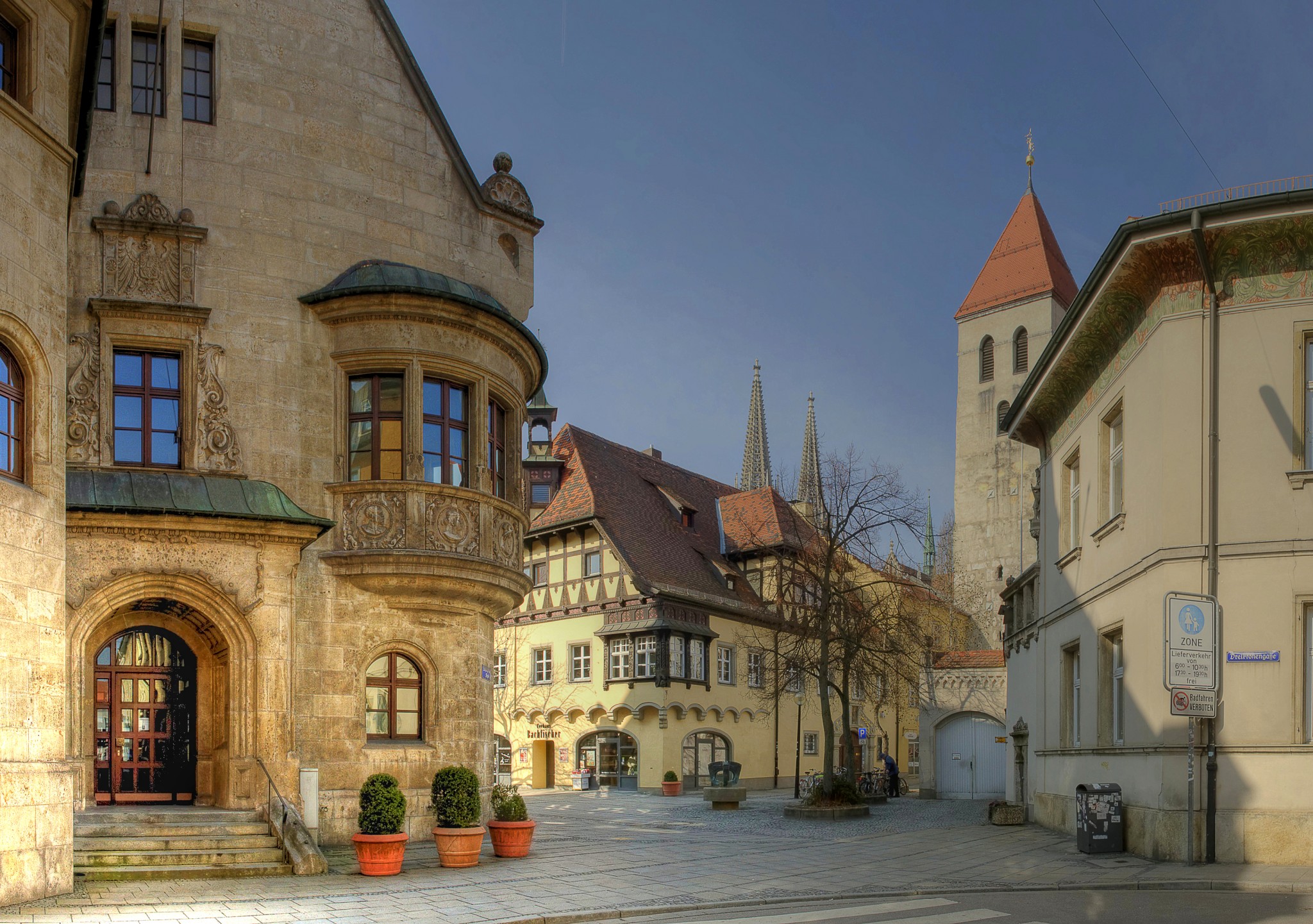 Situated on the banks of Danube River, Regensburg is a Bavarian city in southeast Germany. The city is well known for being reminiscent of the Medieval Period as it was founded by Romans almost 2000 years ago.

The Stone Bridge built in 12th century is a favorite among tourists along with the Regensburg Cathedral which is a Gothic landmark. Another popular tourist destination is Walhalla which is a replica of Greek Parthenon and located in the east part of the city. 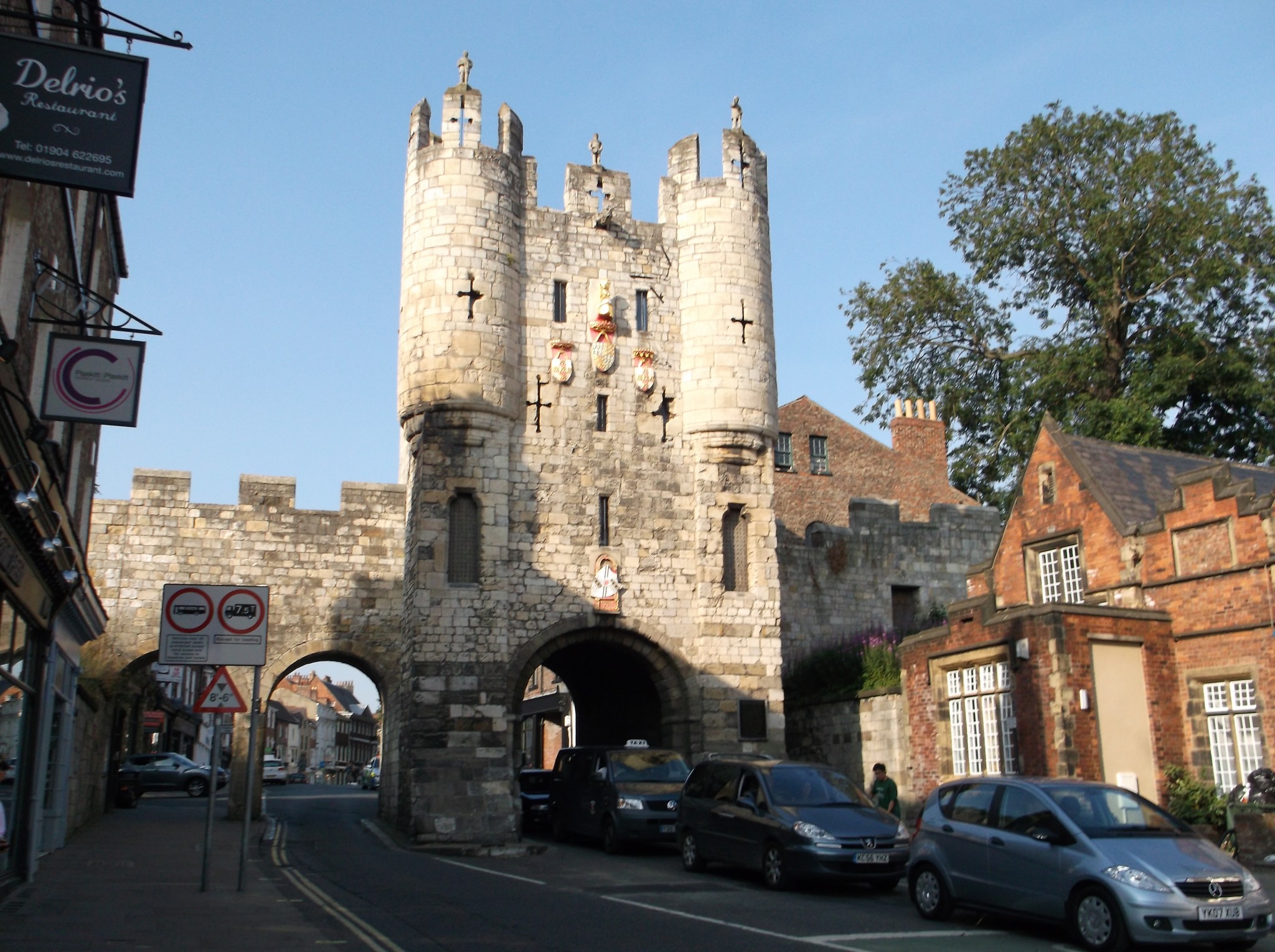 Also founded by the Romans, York is a fortified city in northeast England. You can walk along the fortified walls and absorb the city’s quaint charm in an interesting way.

York Minister is a Gothic Cathedral which was constructed in the 13th century and showcases crafty medieval architecture.

This city also holds the title of being the second most visited place in England. The simple yet riveting beauty of York will surely charm you. 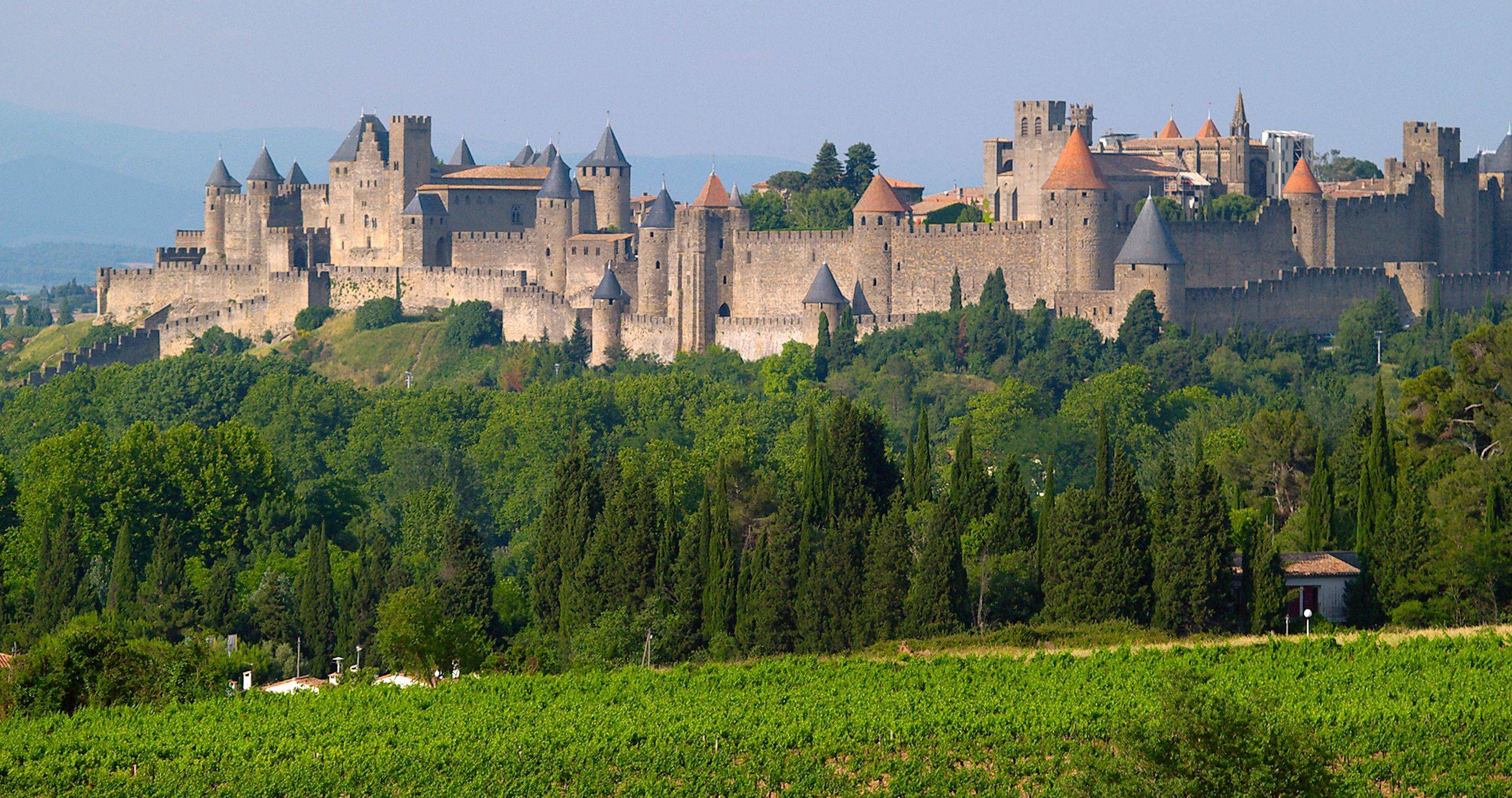 Located in southern France, in the Languedoc region, Carcassonne is a medieval city famous for its double walled fortress and 53 watch towers. This city is the perfect place to visit for a fairy tale experience.

A renowned place popular among the travelers is Chateau Comtal, which is a fortress built in the 12th century which features interesting archaeological sites and a tour of the inner fortified walls.

Carcassonne is easily one of the most enchanting and picturesque walled cities in the world. 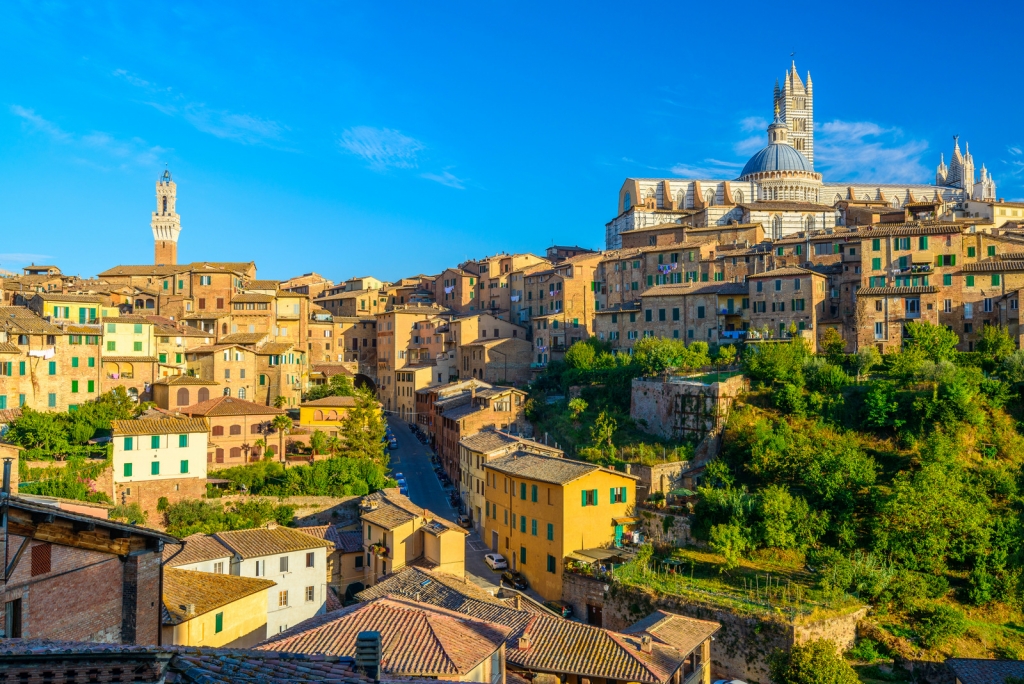 Siena is a medieval city situated in the central Tuscany region of Italy. The city is easily distinguished by its medieval brick buildings and historic beauty.

Piazza del Campo is the main public area consisting of iconic structures such as Palazzo Pubblico which is a Gothic town hall and Torre del Mangia, a tower built in the 14th century which serves as a spectacular vantage point for providing sweeping views of the city in all its glory.

Siena Cathedral is a medieval church built in the 13th century and a famous tourist spot. 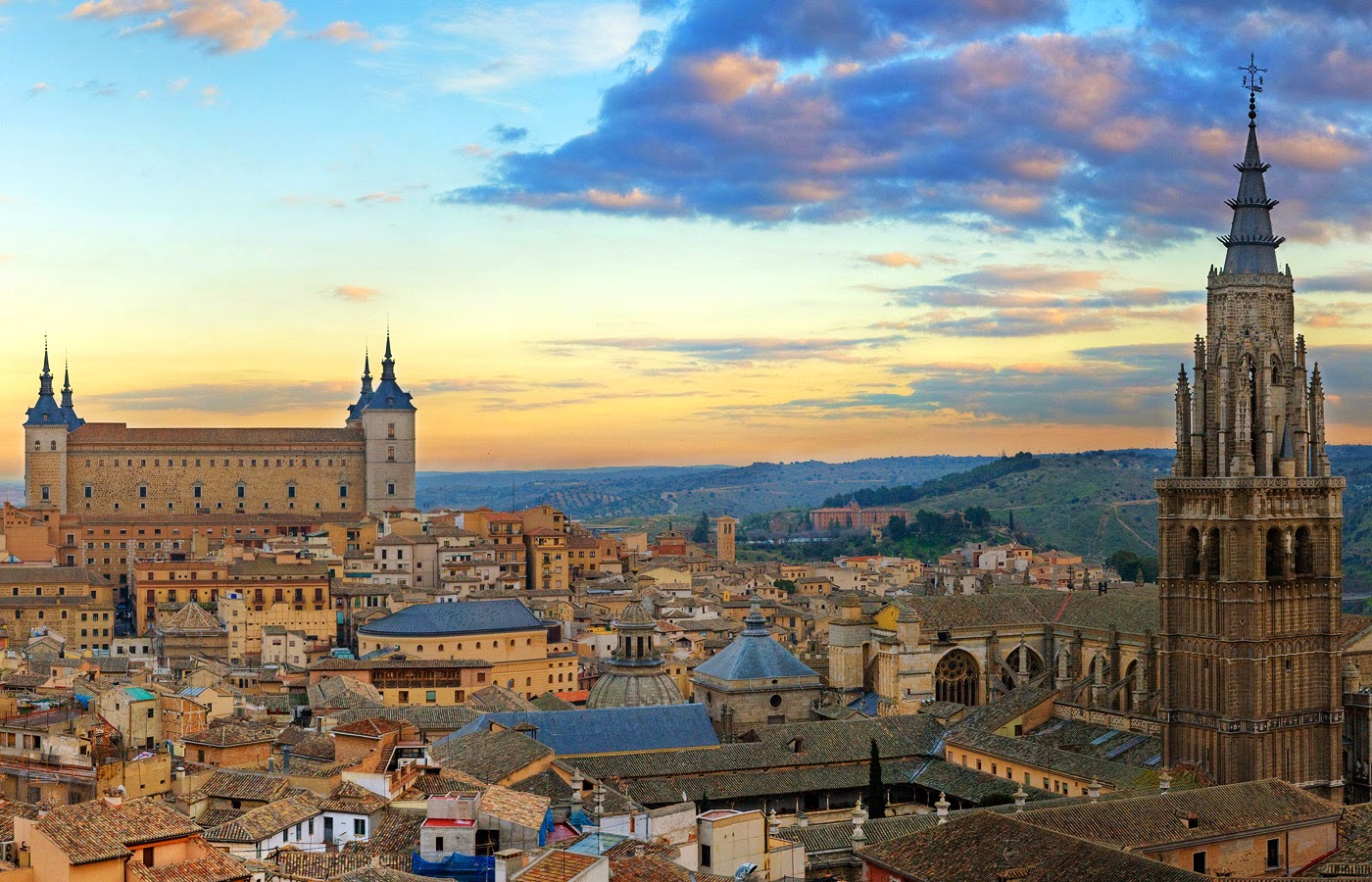 Located in Central Spain, Toledo is home to ancient Arab, Christian and Jewish culture. It was occupied in 192 BC by the ancient Romans.

Some of the must see places include Toledo Cathedral, Synagogue of El Transito, Museum of Santa Cruz and the Moorish Bisagra Gate. 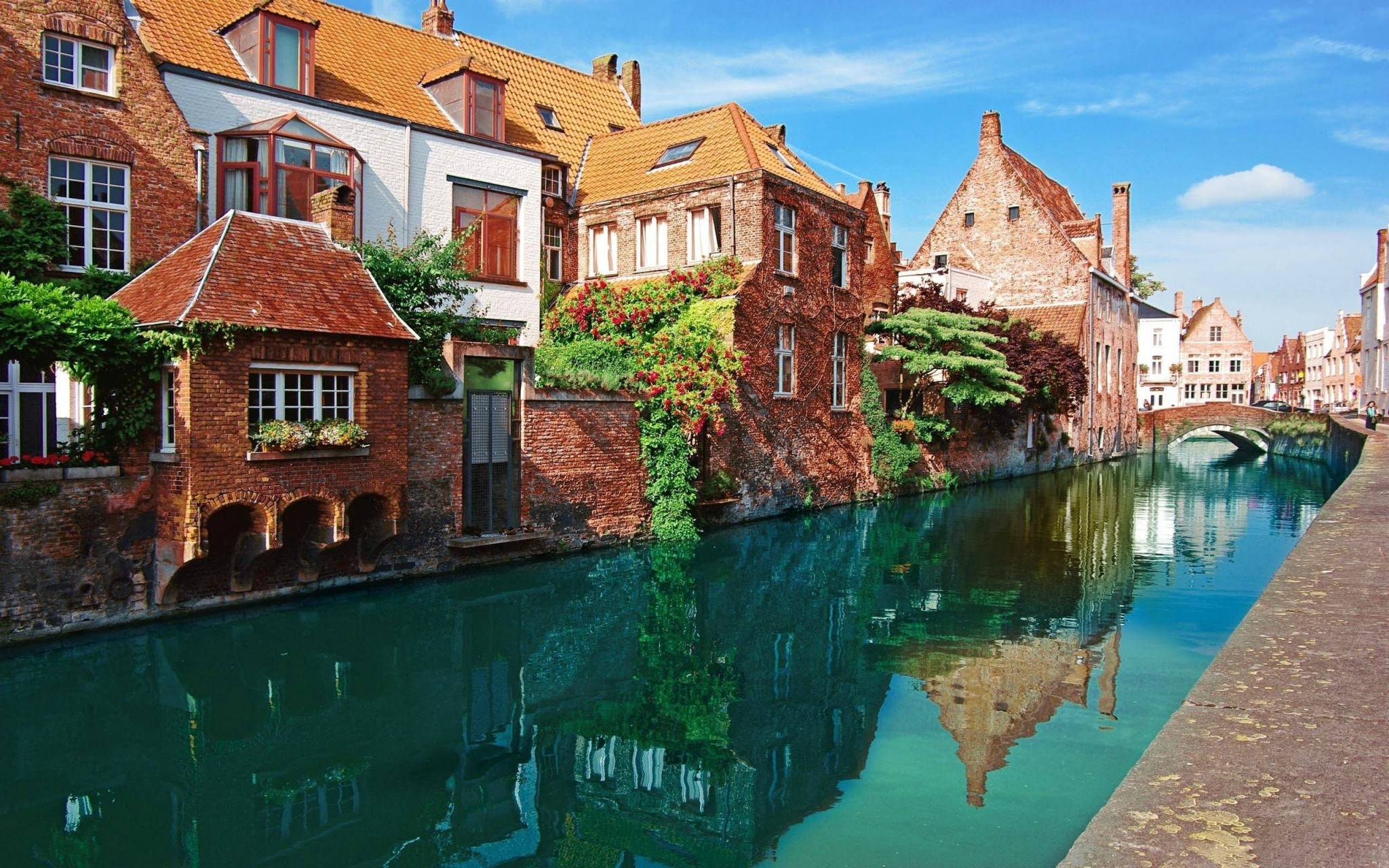 Bruges is one of the most spectacular places to visit in Europe with its medieval architecture and bohemian vibe. There are inland canals and cobblestoned streets and plenty of history to explore in Bruges.

The Market is the city center which has lots of restaurants, cafes and hotels. Other places to visit are Church of Our Lady, Basilica of the Holy Blood and Belfry of Bruges. 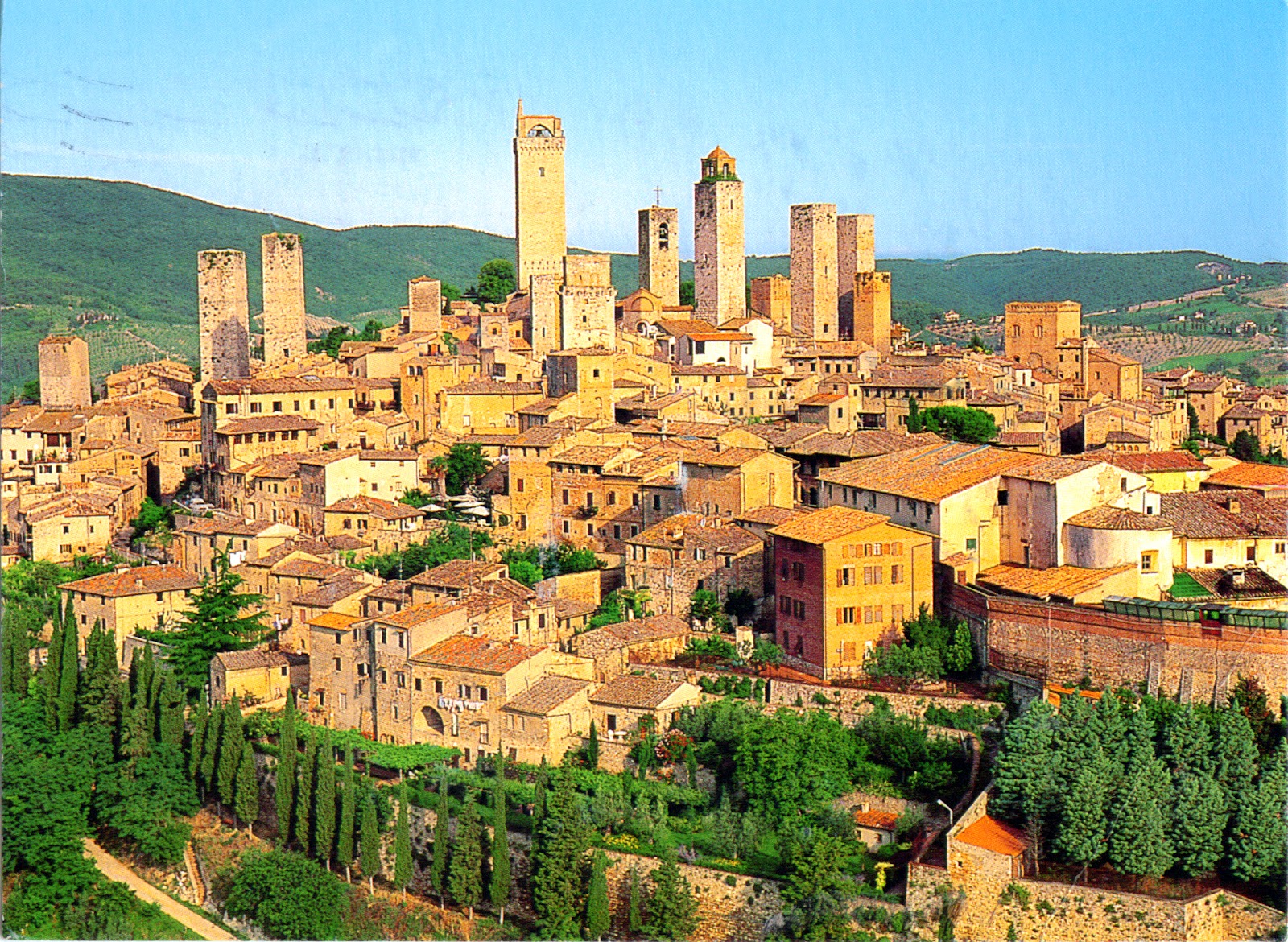 Situated in Tuscany and southwest of Florence, San Gimignano is a hill town surrounded by walls built in the 13th century. Piazza della Cisterna is an old town center which has many medieval houses.

The Duamo di San Gimignano and the Collegiate Church are same quaint historical places to visit in the town. 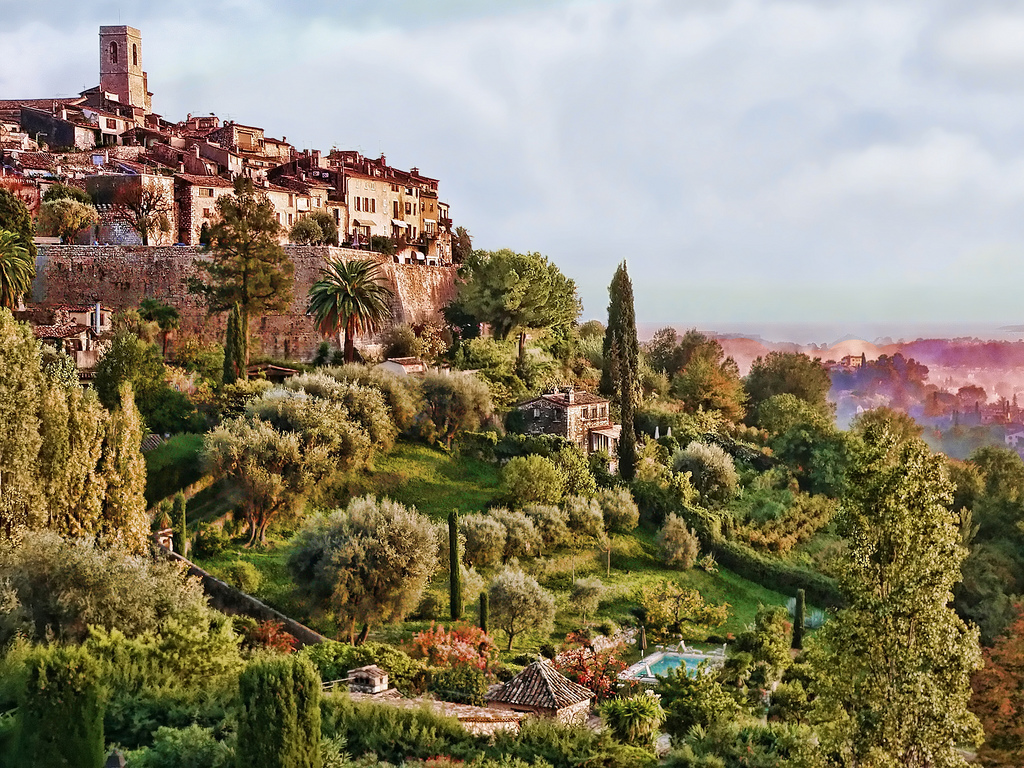 Saint Paul de Vence is a Medieval Town located between Nice and Antibes in France. This town is relatively unknown to many tourists and thus offers many untouched marvels to explore.

The town is also famous for a great wine culture which attracts many oenophiles. You’ll find lots of artistic galleries and boutique shops for an immersive shopping experience.